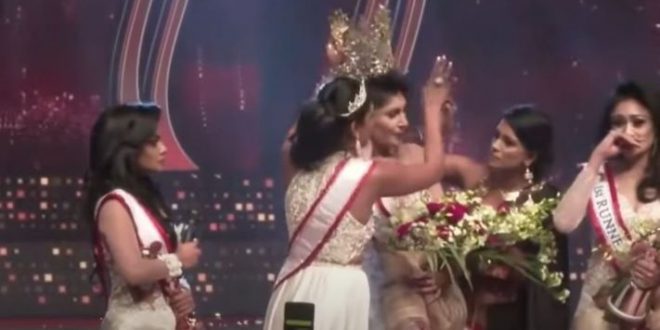 Caroline Jurie claimed Pushpika De Silva was not eligible to win as she was divorced and pulled the crown from her head on stage.

Reigning Mrs. World Caroline Jurie has been released on bail after she was arrested in Sri Lanka for allegedly injuring a pageant contestant in an on-stage row.

The winner of the Mrs. Sri Lanka pageant, Pushpika De Silva, filed a complaint against Mrs. Jurie, according to local media reports.

Just moments after being revealed as the 2021 winner of Mrs. Sri Lanka, a pageant for married women, Mrs. De Silva faced humiliation as last year’s winner, Mrs. Jurie, took the mic and announced that the runner-up should take the title instead. 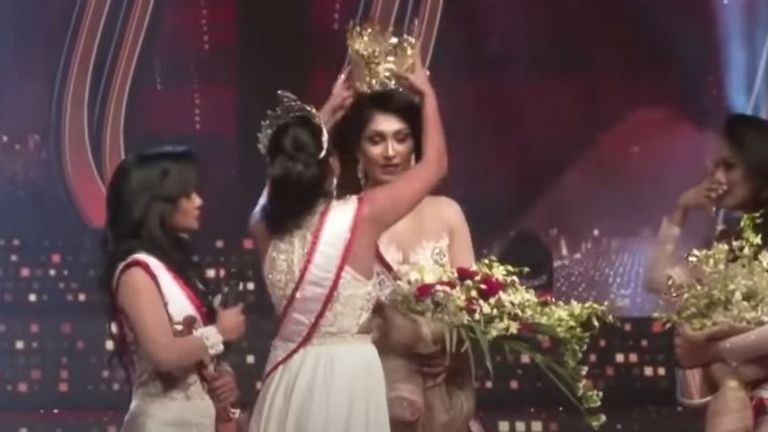 Mrs World was not happy with the result

Mrs. Jurie claimed that Mrs. De Silva was a divorcee and forcibly took the crown from her head and placed it on the head of the first runner up, and named her as the winner.

In a Facebook post after the event, Mrs. De Silva said she is separated from her husband but not divorced.

She also said that she had received head injuries in the bust-up in the capital Colombo and reportedly needed hospital treatment.

The video showed celebratory music playing in the background throughout the incident.

The prize was returned to her on Tuesday at a news conference after pageant organisers confirmed she was not a divorcee. They have also apologised to her.

But Mrs. De Silva lodged a police complaint and Mrs. Jurie and former model Chula Padmendra were arrested, according to the Press Trust of India (PTI).

The pair have been accused of causing damage to property at the pageant venue, Nelum Pokuna Theatre, and wounding Mrs de Silva.

They were bailed to appear in Colombo Magistrates Court on 19 April. 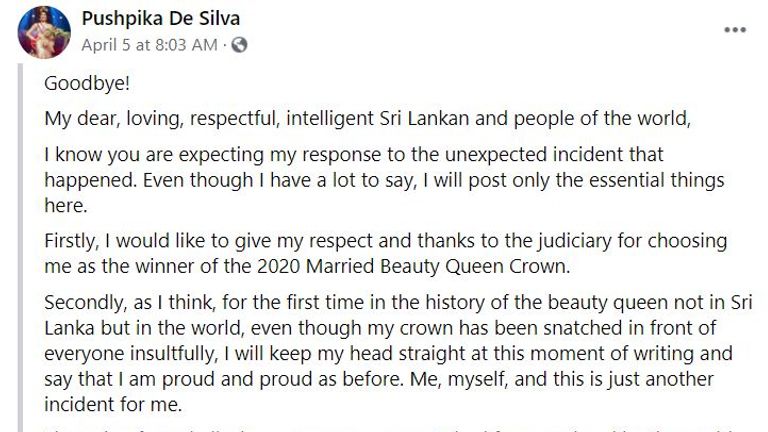 The winner of the Mrs. Sri Lanka contest goes on to compete in the Mrs. World contest. Mrs. Jurie won that competition in 2020 in Las Vegas. 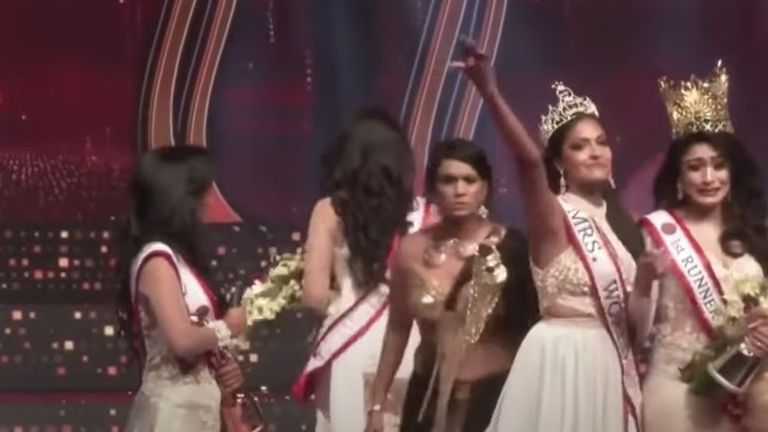 The crown and sash were given to the first runner-up

Charles Igbinidu is a Public Relations practitioner in Lagos, Nigeria
@https://twitter.com/ionigeria
Previous ‘A Scattered Family Can’t Fix Nigeria’ – Nigerians React To Buhari’s Absence At Aisha’s Book Launch
Next Israel to ICC: You have no jurisdiction over us