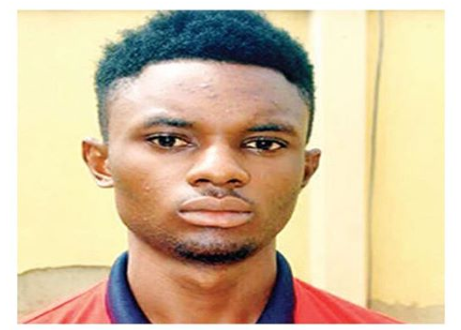 Drama As 4-Year-Old Girl Identifies Her Rapist In Minna

There was drama on Tuesday, 22nd of May, 2018, in Minna, Niger State, after a 4-year -old pupil of a private school identified a 19-year-old Victor Opute, as the one who allegedly molested her in school on Friday.

It was gathered that Opute lured the little girl to the school toilet where he sexually molested her. The incident leaked to the school authorities when the girl was seen crying.

She later narrated what happened to one of the officials of the school. The school officials, it was learnt, assembled all the male staff for screening to identify the culprit behind the assault.

The child was said to have identified Opute out of the 19 males that were paraded and he did not deny the allegation but blamed it on the devil.

The little girl was said to have been taken to the hospital for treatment, while the suspect was handed over to the officials of the Nigeria Security and Civil Defence Corps.