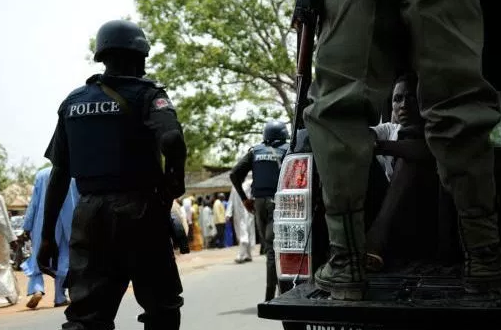 Reports from the north-western state of Zamfara say motorbike-riding gunmen have killed dozens of people and burnt down a number of homes in a series of raids targeting remote villages.

A police spokesperson confirmed the attacks to the BBC but couldn’t give any casualty figures saying a team of officials was on its way to the area to assess the situation. But residents say they counted more than 50 bodies.

Residents of Magami area of Nigeria’s Zamfara state told the BBC that the gunmen first attacked the village of Yar-Doka on Wednesday.

When local vigilantes from neighbouring villages moved in to help, the attackers intensified their violence spreading to several other communities.

Some of the victims are said to be people displaced by previous attacks now returning home to prepare their farmlands as this year’s rainy season begins.

Armed criminal gangs have stepped up violence in the region in recent months – carrying out deadly raids and mass kidnappings for ransom.

On Tuesday, a group of gunmen abducted a number of students and shot dead a staff member at a private university in neighbouring Kaduna state – the latest of such attacks on learning institutions.