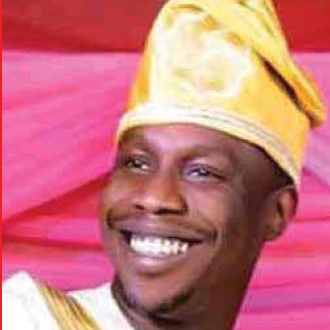 The son of former President Olusegun Obasanjo and the National President of the Buhari Youth Organisation (BYO), Olujonwo Obasanjo, has said that it is not proper to compare his father’s administration with the President Muhammadu Buhari-led government.

He said the reason he cannot make such comparison is because the circumstances and the indices are not the same.

Olujonwo, who spoke yesterday at an interactive session with journalists at the All Progressives Congress (APC) national secretariat in Abuja, said while he cannot reasonably comment on the performance of his father-led administration, he believes that the present administration is doing a good work and should be given another chance.

Olujonwon said as an adult, his current political view might be different from that of his father but that does not mean he is being disrespectful to his biological father.

When asked to compare his father’s performance in office and that of Buhari’s, Olujonwo said: “I think that will be unfair because of what each leader met on ground, and the fact that they came in under different circumstances. It will not be an unfair comparison”.

On why he took another path different from his father, Obasanjo’s son said: “Everybody’s parent wanted his child to be one thing or the other, probably different from what they are today. But at a certain stage in our lives, we choose our part. That does not amount to disrespecting your parents.”

He said as far as he was concerned, the present government has impressed him through some of things it has done, especially in the area of youth empowerment and agriculture.

“I am an adult and as individual, I am here as someone who believes in this government. This government is diversifying the economy from an oil based economy and has made agriculture fashionable.

According to Olujonwo, it is all about the impact that the government has made to diversify the economy.

“As a country, we must look beyond oil and think outside the box by looking at other areas, which is what this government has come to do. Nigeria is a blessed in several ways and not just oil and this government is promoting youth involvement in all sectors.

“As a young man, I am looking at future and I believe in this government and I am supporting Mr. President. So, I cannot speak for my father.

“When we get to certain point in our life, you are responsible for the decisions you take. With all due respect, my father is my father and will remain my father despite our political differences. At the end of the day, this election will end. Does that stop him being my father?’’

He said the country needs to progress mentally and quit looking at politics as a do-or-die or as something that separates us.