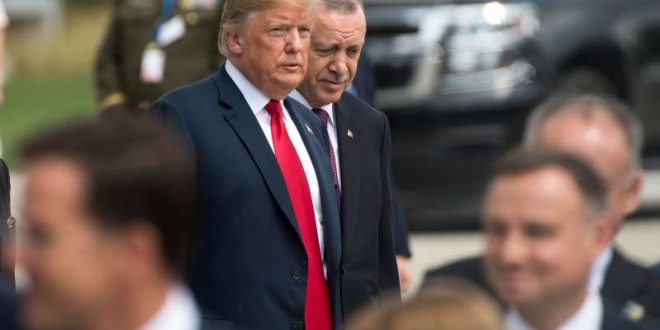 ‘Don’t be a tough guy’: Trump’s extraordinary letter to Erdogan

President Donald Trump wrote Turkish President Tayyip Erdogan an extraordinary letter warning him not to be “a tough guy” or “a fool” as his forces launched their attack on northern Syria, a White House official confirmed to NBC News.

He then referenced economic sanctions his administration used on the country to push for the release of an American pastor who’d been locked up in Turkey, calling it “a little sample” of what could be in store.

“I have worked hard to solve some of your problems. Don’t let the world down. You can make a great deal,” Trump wrote, asserting that the commander of the Kurdish forces is “willing to negotiate with you.”

“I will call you later,” the letter concludes. It’s signed, “Sincerely, Donald Trump.”

The letter was first reported by Fox Business Network, and the official confirmed its contents.

It was penned the same day that the Turkish military began attacking Kurdish forces that had been allied with the U.S. in the fight against ISIS terrorists. That assault was launched after Trump told Erdogan he’d pull American forces who’d been protecting the Kurds out of the area, a decision that was immediately met with bipartisan condemnation.

Trump insisted to reporters at a joint press conference with Italy’s president on Wednesday that he had not given Turkey a “green light” to attack, but a statement issued by the White House on Oct. 6 — three days before Trump wrote the Turkish leader — made clear the U.S. was getting out of the way.

“Today, President Donald J. Trump spoke with President Recep Tayyip Erdogan of Turkey by telephone. Turkey will soon be moving forward with its long-planned operation into Northern Syria,” the White House statement said. “The United States Armed Forces will not support or be involved in the operation, and United States forces, having defeated the ISIS territorial ‘Caliphate,’ will no longer be in the immediate area.” 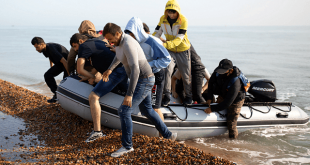