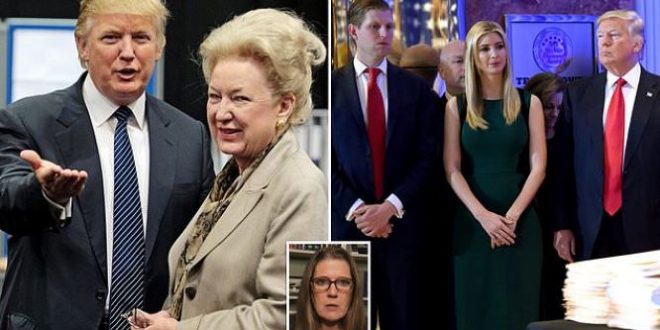 Mary L. Trump has released another set of secretly recorded moments with the president’s older sister, where she slams Ivanka as a ‘mini Donald’, calls Eric a ‘moron, and the president ‘cheap, just like his father’.

On Friday Mary Trump released recorded conversations with her aunt Maryanne Trump Barry, the president’s older sister who is an 83-year-old retired US federal judge, on MSNBC’s The ReidOut. 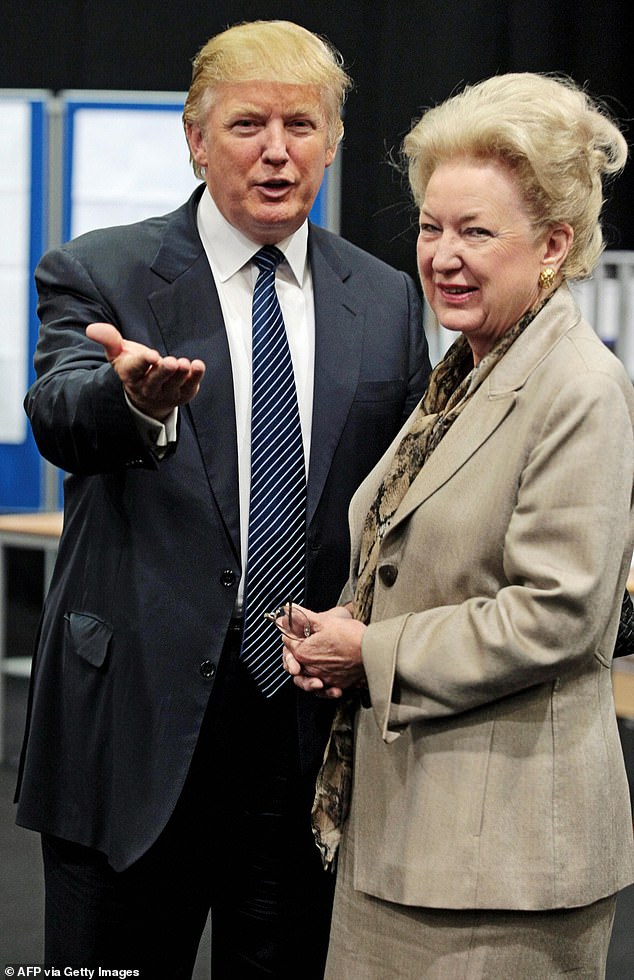 Barry bashed Ivanka for her tone-deaf Instagram post posing with one of her kids the same day news broke that the Trump administration was separating migrant children from their families back in 2018.

‘When that damn Ivanka puts this picture of the Madonna and child on Instagram when the big news of the day was how kids are being ripped from their families,’ Barry says in the clip.

TV show host Samantha Bee eviscerated Ivanka for the photo and called her a ‘feckless c***’ and later apologized for her language.

In another conversation Mary Trump and Barry talked about Eric Trump, where Barry called him a ‘moron’.

Barry said: ‘Meanwhile, Eric’s become the moron publicly. Ivanka gives a s***. She’s all about her.’

Barry continued: ‘She’s a mini-Donald but yet he’s besotted with her. He always has been. She’s always been his favorite.’ 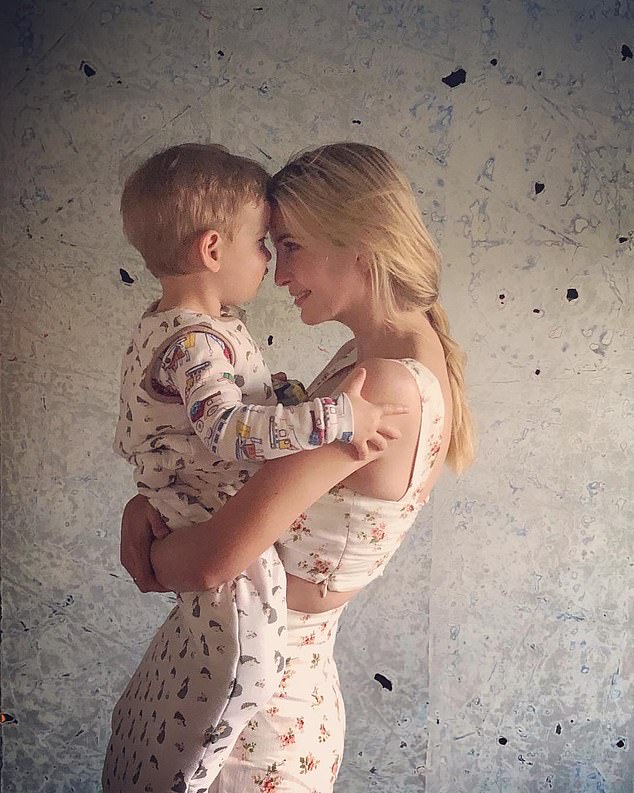 In another clip Maryanne Trump Barry criticizes her own brother, saying he doesn’t care about anyone but himself.

‘And then you get Donald who won’t do anything for anybody unless it’s going to inure to his —I mean, he won’t do any — publicly,’ she said.

Mary Trump said ‘tight as a duck’s a**’ means cheap.

Barry also bashed the president for moving to terminate the Obama-era program Deferred Action for Childhood Arrivals, or better known as DACA, which was met with public outrage in 2017.

‘Well, what he did with the Dreamers I mean,’ Barry says.

‘I am so much in support [of Dreamers]. No, he changed his – but he denies it – I mean, he could deny he changed his mind. He’s all over the line,’ Barry adds.

Mary Trump replied: ‘Well it’s just like with the kids who are now in de facto concentration camps down in Texas. He is blaming the Democrats for it. It is the Democrat’s horrible policy which suggests that he thinks it’s a bad thing and yet he’s allowing it to continue.’ 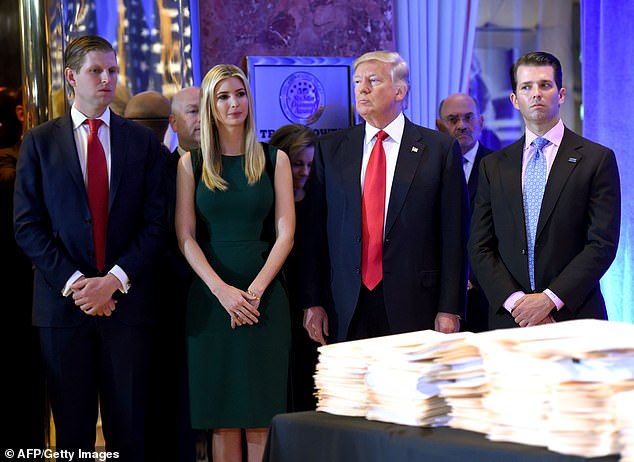 Mary Trump says that Barry never publicly criticized Trump’s work in office because she ‘subscribes to the same notion of family loyalty that her siblings do.’

In another conversation Mary and her aunt talk about Donald Trump and his Christian faith, where Barry says Donald only went to church to get married.

‘The only time Donald went to church that I know of at least when Dad wasn’t bringing us every Sunday, was…’ she said.

Mary Trump chimed in: ‘When he got married.’

Barry replied: ‘Yes and over the last several years, when the cameras were at the church.’

In previous records Trump took with Barry, Barry called Trump ‘stupid’, ‘cruel’, and accused him of having ‘no principles’.

The recordings are a follow up to Mary Trump’s damning book on the Trump family entitled Too Much and Never Enough: How My Family Created the World’s Most Dangerous Man.