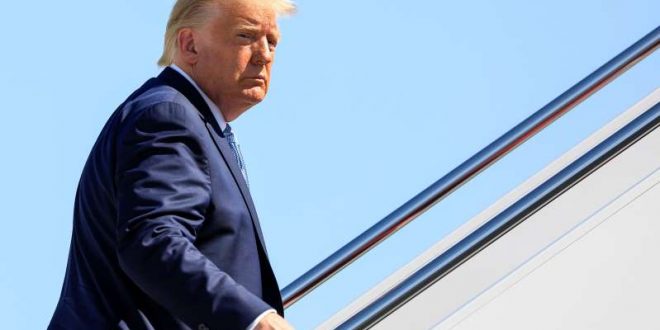 Donald Trump to announce another Presidential bid on Nov. 14

Former U.S President,  Donald J. Trump is expected to announce a third White House campaign soon after the midterms, possibly as soon as the week of Nov. 14, according to people familiar with the planning.

Advisors cautioned that no final decisions had been made and that the former president could change his mind on the details. The potential announcement date was first reported by Axios.

Mr. Trump has been eager to begin a new campaign, in part to shield himself from a stream of investigations, including some focused on his attempts to cling to power after losing the 2020 election. Several of those investigations are expected to heat up after the midterms.

The campaign’s core team is expected to be small at first, partly to avoid the swell of the 2020 campaign, and partly because it may be difficult to add staff members quickly given the continuing turmoil around Mr. Trump.

That early team is expected to include Compass Legal Group and its chief counsel, Scott Gast, according to people familiar with the plans. Mr. Gast has served as one of Mr. Trump’s representatives to the National Archives, and he was a contact for archives officials when they tried to retrieve boxes of documents that Mr. Trump removed from the White House when he left office. Mr. Gast has been interviewed by investigators on the matter.

On Thursday night, Mr. Trump opened a swing of four rallies in the final five days of the midterm elections in Iowa, where he was joined by Senator Chuck Grassley, an Iowa Republican seeking an eighth consecutive six-year term.

His Iowa stop highlighted both the power and the limitations of his political brand as he inches closer to announcing a third presidential campaign.

Even though he is not on the ballot this year and his stump speech is spent mostly rehashing old grievances and policies, Mr. Trump still drew thousands on a night when temperatures dipped below 40 degrees.

But the fact that he was campaigning in this remote stretch of a state that remains far down the list of midterm battlegrounds was a reflection of Mr. Trump’s political baggage.

In the five states with tossup Senate races, according to Cook Political Report, Mr. Trump has not held rallies in two — Georgia or Wisconsin — since the primary season ended. He’ll visit just one of those tossup states, Pennsylvania, in his final four rallies. He’s scheduled to campaign in Florida and Ohio this weekend.

Still, Mr. Trump is preparing his supporters for a third consecutive presidential bid.

Wearing black gloves and a matching overcoat, Mr. Trump spoke at length about the possibility of his own potential campaign before bringing to the stage Mr. Grassley and Gov. Kim Reynolds, the two candidates he was in the state to promote.

“In order to make our country successful and safe and glorious, I will very, very, very probably do it again,” he said of another presidential bid. “Very, very, very, probably.”

Charles Igbinidu is a Public Relations practitioner in Lagos, Nigeria
@https://twitter.com/ionigeria
Previous Ekweremadu’s Plight Worsens As Court Orders Forfeiture Of 9 Dubai Mansions, Others In US, UK, Abuja
Next U.S Pentagon says it will fund tanks for Ukraine