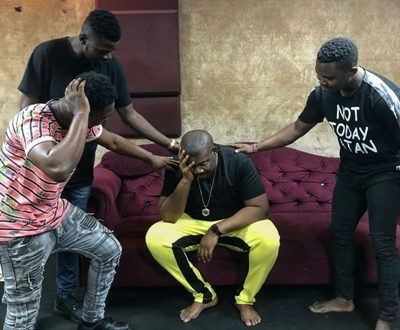 Music mogul, Michael Collins Ajereh a.k.a Don Don Jazzy, who has not hidden his crush on famous blogger Linda Ikeji, `weeps’ over the news of her engagement.

According to some online reports on Wednesday, Linda’s ex-boyfriend recently relocated to Nigeria and they the lovebirds decided to rekindle their affair and got engaged.

Don Jazzy, whose hidden crush on the famous blogger excited fans, posted a picture on his instagram @donjazzy as he was being consoled by some friends over his dashed dreams of making Linda his `wife’.

He also wrote with a crying emoji’s: Kai Linda is engaged. It is finished.’’

Don Jazzy made several moves that he ‘proposed’ to her on social media and frequently made various posts on his instagram handle; one of such was a recent photo of Linda with the caption “When you re fine you re fine abeg.”

Peter Okoye of the defunct PSquare, offered to sponsor his wedding with Linda if Don J made good his promise.

Sandra wrote @sandra_Ikeji: congratulations @officiallindaikeji So habby sweet sis! This tells me that sometimes the wait is worth it.

The news was also confirmed by another sister Laura, @lauraikeji who wrote, “Congrats Linlin @officiallindaikeji.”

The 37 year old blogger and entrepreneur, is yet to confirm the news. (NAN)

Charles Igbinidu is a Public Relations practitioner in Lagos, Nigeria
@https://twitter.com/ionigeria
Previous “I Sold Marijuana To Fund My Education” – Geophysics Graduate
Next Teacher Cuts Off Pupil’s Hand For Stealing A Phone 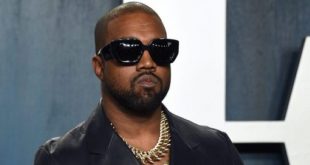