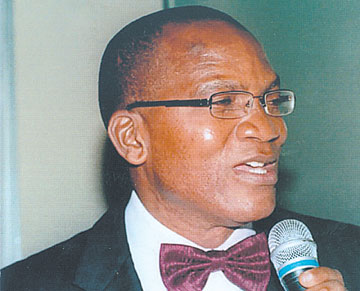 The size of Federal Government’s loans has reflected on the debt servicing expenses as it spent N474.06bn to service domestic debts in the first three months of this year.

Statistics obtained from the Debt Management Office in Abuja on Wednesday showed that the country also spent $127.92m to service foreign debts in the first quarter of the year.

At the official exchange rate of N306.35 to a dollar, the cost of servicing the foreign loans amounted to N39.19bn in the first quarter of the year.

This means that the Federal Government spent N434.87bn more on servicing its domestic debts than on foreign debts in the first three months of the year.

The Federal Government’s domestic component of the total debt stood at N11.97tn as of the end of March. The country’s external debt (for both the federal and state governments) stood at $13.81bn in the period, while the states’ domestic debts rose to N2.96tn.

For some years now, the Federal Government has been saying that it will move to borrowing less from domestic sources because of high interest rates and because it has crowded out private sector operators from the debt market.

However, it has not been able to achieve this as it continues to borrow from the domestic market every month, using a variety of instruments. In fact, a new borrowing instrument, FGN Savings Bond, was recently introduced into the market.

The World Bank had recently said that lower earnings had endangered the capacity of the Federal Government to sustain debt servicing even though the nation’s debt profile remained low in comparison to the Gross Domestic Product.

Our correspondent reported that the servicing of Federal Government’s domestic debt gulped N1.23tn in 2016.

The DMO statistics showed that the highest interest payment of N839.79bn was made on debt acquired using the instrument of FGN Bonds.

Similarly, N335.58bn interest was paid on loans borrowed with the instrument of Nigeria Treasury Bills, while debts incurred with Treasury Bonds incurred a servicing obligation of N29bn in the year 2016.

A principal value of N25bn of Treasury Bonds was also repaid within the year.

The N1.23tn paid in servicing the domestic debt of the Federal Government was spread throughout the 12 months of the year.

The Federal Government had in 2015 spent N1.02tn to service its domestic debt. This comprised of N25bn repayment of the principal and N993.13bn interest payment within the year.

“This amount comprised principal repayment of N25bn and interest payment of N993.13bn. By instrument type, FGN bonds debt service accounted for 62.41 per cent of the total debt service payment, while payments in respect of the Nigerian Treasury Bills and Treasury Bonds were 31.83 and 5.76 per cent, respectively.

In another document titled: ‘Nigeria’s Debt Management Strategy 2016-2019’, the DMO said at least 30 per cent of the nation’s domestic debt would fall due within a one-year period.

It stated, “The implied interest rate was high at 10.77 per cent, due mainly to the higher interest cost on domestic debt. The portfolio is further characterised by a relatively high share of domestic debt falling due within the next one year.

“Interest rate risk is high, since maturing debt will have to be refinanced at market rates, which could be higher than interest rates on existing debt. The foreign exchange risk is relatively low given the predominance of domestic debt in the portfolio.”

It added that the main risks to the existing public debt portfolio were high refinancing risk, given that more than 30 per cent of the domestic debt would mature within one year; and high interest rate risk arising from the high proportion of domestic debt due for re-fixing in the coming year, and therefore, exposed to changes in interest rates.