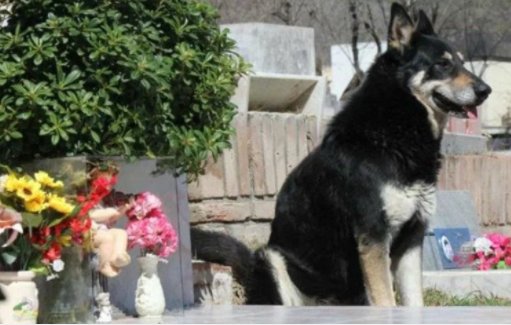 A loyal dog who stayed by his owners grave for 11 years and refused to leave  has been found dead next to his owner’s grave.

For 11 years, the German shepherd named Captain slept at the grave every night without fail.

After Miguel Guzman died and Captain went missing, and his family thought the dog had run away. But months later, while visiting the cemetery in Cordoba, Argentina, the family found Capitan by Guzman’s grave. They had no idea how the dog managed to find the cemetery where his master was buried as it was a long distance from their home.

When he was found living in the cemetery, the cemetery’s director Hector Baccega said: “The dog appeared here by itself, going around the whole cemetery until it arrived, by itself, at its owner’s grave.”

Several times Guzman’s family took Captain home but he escaped again and returned to the cemetery to be by his owner’s grave, keeping guard. Unfortunately, Capitan was taken for a check-up with a vet and was diagnosed with kidney failure. The vet said due to his age and condition he could not hold on. Rather than keep him at the clinic to die there, they let him return to the grave where he felt calm and at peace.

Capitan has now died next to Mr. Guzman’s body in the Municipal Cemetery of Villa Carlos Paz, at the age of 15.