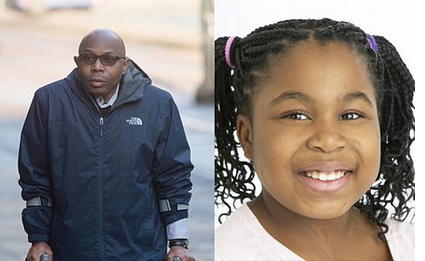 Doctor Jailed For Killing His Daughter In A Car Crash

A Nigerian Doctor has been jailed for four years after he killed his nine-year-old daughter as he rushed in traffic to take her to a maths class.
Chizoro Edohasim, 47, of Timperley, Greater Manchester, overtook vehicles at high speed and drove through a red light before he crashed into a wall .
Olivia Edohasim was pronounced dead at the scene in Manchester Road, Altrincham, while her elder sister needed emergency life-saving surgery.
Edohasim had denied causing death and serious injury by dangerous driving but a jury at Manchester Minshull Street Crown Court found him guilty of the offences.

The defendant claimed his brakes had failed but experts who examined his Toyota Auris said it was at 100% acceleration and the brakes were off at the time of the collision, said Greater Manchester Police (GMP).

This family have been ripped apart by the stupidity of their father and his little girl has lost her life due to his dangerous driving. He will have to live with that guilt for the rest of his life, knowing that he killed his own daughter.”