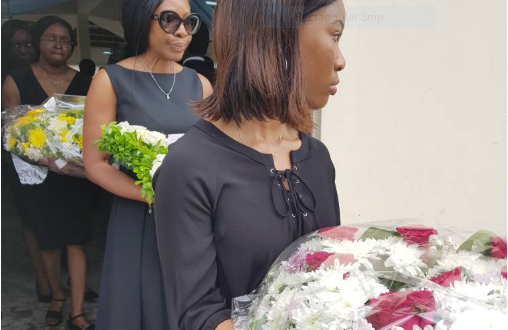 Diamond Estate Murder: “I’v Never Known Anyone To Love Me The Way He Loves Me – Victim’s Daughter

Miss Tamara Otike-Odibi, daughter of late Symphorosa Otunuya Otike-Odibi,  has described her late father as a loving, decent and kind hearted man who puts 110 percent dedication in everything he did.

Tamara wrote a heart-wrenching tribute to her late father expressing grief at the circumstances that surrounded his death.

“My dad is a very descent and kind hearted man. He puts 110 percent in everything he did which is just one of the very reasons he will never be forgotten.”

“I’ve never known anyone to love me the way he loves me and it breaks me to even begin to imagine this has happened bu thinking of the love he has for me confronts and helps me keep it together.

“He would’nt want anyone close to his heart to dwell on this which is why as much as it hurts we should be strong for him. My dad is irreplaceable in every way. As a father, brother, son and friend .

“He remains in our hearts no matter what and will always be a part of our lives.

Recall that,  47-year-old Udeme Otike-Odibi, wife of late Otike-Odibi stabbed him to death while asleep and cut off his manhood which she placed in his hand.

According to reports the incident happened at their Diamond Estate residence, in Sangotedo Ajah, following a  disagreement  between them.