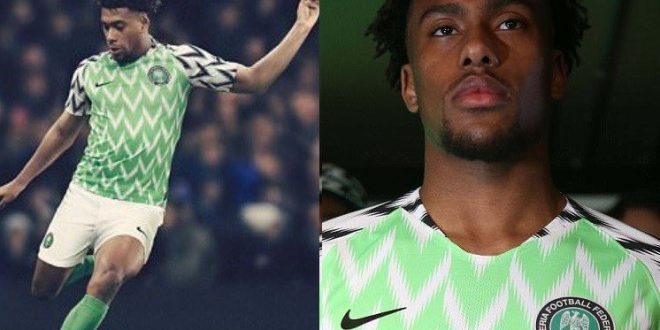 On Wednesday, the Nigeria Football Federation unveiled the home and away kits which the Super Eagles squad will wear at the 2018 World Cup tournament in Russia.

The Super Eagles paid homage to their USA 1994 World Cup outing with the home shirt which features a bright green-and-white zig-zag pattern jersey.

The away shirt, an all-over dark green jersey has a striking resemblance to Nigeria’s recent shirts.

The jerseys were launched with the help of Premier League trio Wilfred Ndidi, Alex Iwobi and Kelechi Iheanacho, as well as ex-Chelsea midfielder and Super Eagles captain, John Obi Mikel.

Nigeria placed in Group D are to face Argentina, Croatia and Iceland at the 2018 World Cup in Russia.

According to the kit manufacturers, Nike, they wanted to ‘tap into the attitude of the nation’ with the design and identities of the players.

The manufacturers also said the shirts are part of a collection which features Fast Fit Vapotknit technology to aid the athlete’s performance. 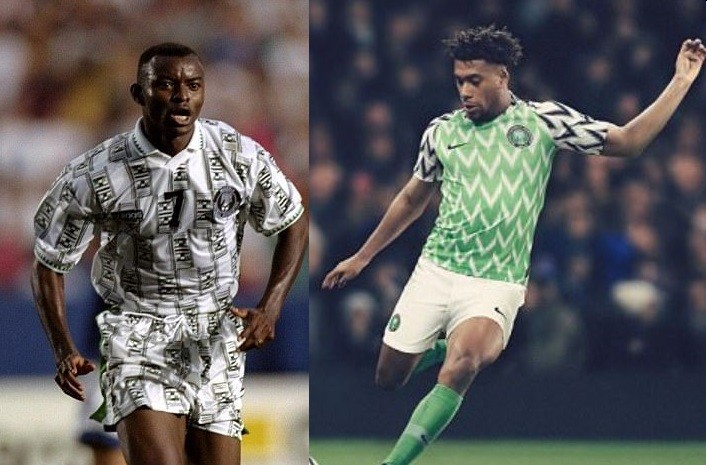 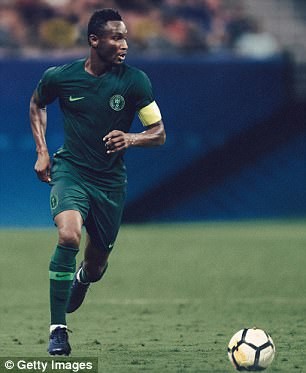