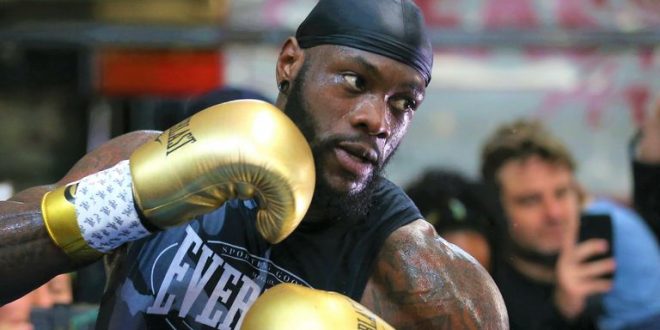 Deontay Wilder is preparing for a third fight with Tyson Fury

“He’s in great spirits, excited to get back to fight Tyson Fury”

Wilder has offered guidance to Akpejiori, a heavyweight contender with a string of early knockout wins, and the Nigerian could be set to spar with the former WBC king ahead of the trilogy fight against Fury, which is due in December.

The Alabama man has recently intensified his training in Miami, undergoing speed and conditioning sessions with the same coach that also boosts the stamina and power of Akpejiori, who represented the University of Miami in basketball and American Football.

“Based on what I know, the only person that can beat Deontay right now, is Deontay,” Akpejiori told Sky Sports.

“He will beat Fury if he sticks to the game plan from his coaching staff, and I know that he has all the physical tools. 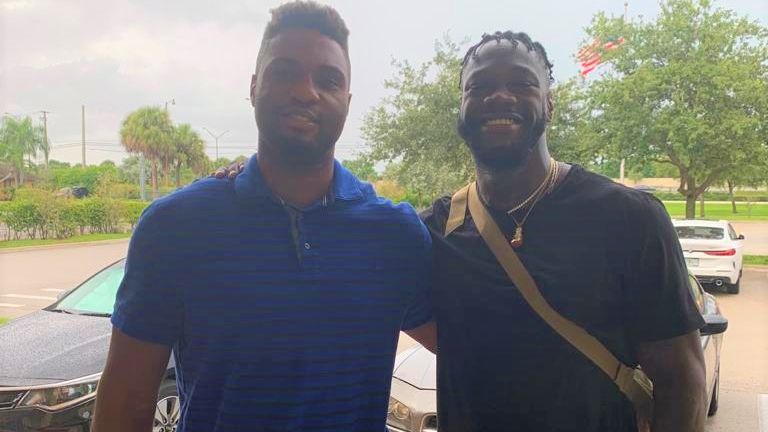 “Right now he is in amazing physical shape, that I can tell you for sure. You will see a completely different Deontay, mentally and physically in the ring, when that bell rings again for that third fight. That I can tell you.”

Junior Fa, a regular sparring partner for Wilder, suggested that the 34-year-old injured his bicep before his seventh-round stoppage loss to Fury in February.

But Akpejiori insists Wilder was physically ready to face Fury in the summer and has no lasting fitness issues following his first professional loss.

“You’re going to have to wait for Deontay to break it down and address those rumours,” said Akpejiori.

“Listen, I can tell you from my conversations with Deontay that he was ready to fight Tyson Fury in July.

“The only reason why he didn’t fight Tyson Fury in July, was because the fight was moved due to the coronavirus pandemic and the lockdown that came after that.

“He does the same workouts that we’ve been doing. I don’t know how somebody can be injured and do all that. It’s really hard stuff, I can tell you that for sure.”

Wilder has given advice to the rising contender since they first met in 2017, and revealed his determination to regain the WBC belt at the first opportunity.

“Oh yeah, he definitely is,” said Akpejiori. “You can really tell that’s all he’s thinking about, from just talking. We talk about a whole lot of other things, personal stuff, boxing promotional stuff.

“But concerning fighting Tyson Fury, he’s extremely confident. He’s very excited about that third fight. I can tell you for sure that he’s very hungry, and he’s trying to get back into the ring as soon as possible. He’s in great spirits, excited to get back to fight Tyson Fury.”

World amateur champion Bakhodir Jalolov and Olympic bronze medallist Ivan Dychko have traded punches in sparring with Akpejiori, who hopes to be welcomed to Wilder’s camp in the coming weeks.

“That’s the plan,” he said. “I’ve been asking him for a while, but he doesn’t make the decision.

“I asked him for the opportunity recently and he was ecstatic for me to join. Being that I’m taller, I’m bigger [than Tyson Fury] that would help him in some type of way.

“My goal is to pick his brain and him to teach me a few things in World Championship boxing that I don’t know. When he was coming up, he sparred many rounds with (Wladimir) Klitschko, David Haye, and that’s just two of so many people that he sparred with.

“My hope is that some of that knowledge and experience that he’s gathered will trickle down to me in the sparring sense.”

The 29-year-old has made a blistering start to his career, in similar style to Wilder, with Akpejiori yet to be extended beyond the second round in seven stoppage victories.

He returns in Bonita Springs, on November 7, and the 6′ 8″ tall Akpejiori has been refining his destructive skills with trainer Glen Johnson.

“I am the most athletic and explosive heavyweight boxer in the world,” he said. “That’s judging from my background and success in other elite sports, and because of this, I’ve been able to breeze through the amateur rankings and the start of my professional career. 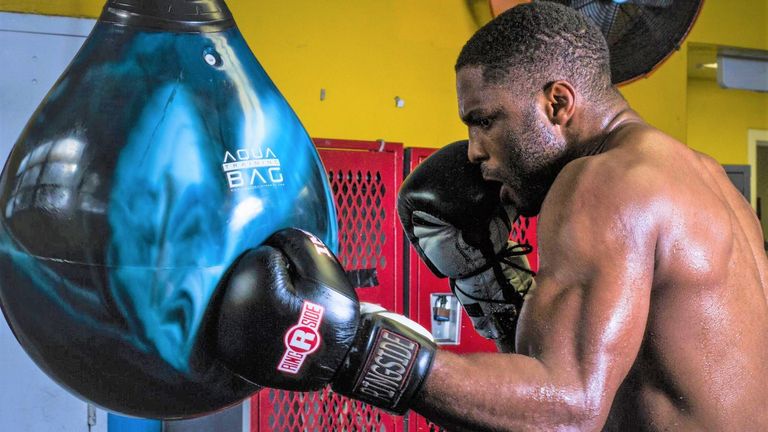 “Just by using my size, my strength, that’s why I have so many knockouts. I take out my opponent just by imposing my strength, and just overwhelming them with punches in bunches.

“Right now my athleticism has brought me this far, but skills are what’s going to take me to that next level.

“The plans I had for 2020 were big. I had plans to really make a push, but I’m really not the one to make the call as to when I challenge for a world title. Glen Johnson will call all the shots.