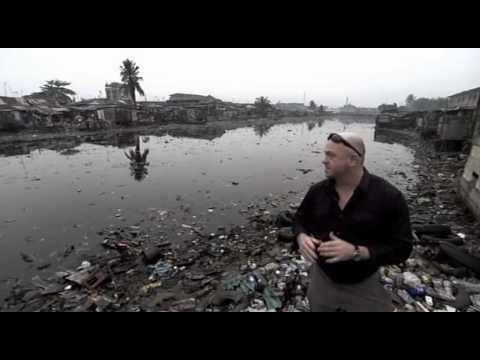 A type of tourism that has for blue moon remained controversial in relation to its motive, Slum Tourism continues to gain popularity across the world, including in some African countries such as Kenya and South Africa. This kind of tourism involves tourists visiting poverty stricken urban areas, hereby referred to as slums, to experience firsthand the lives and experiences of their inhabitants. The debate around Slum Tourism is on the extent to which it is considered ethical on one hand and voyeuristic on the other hand. In delving into this vexed moot point, let’s closely interact with the arguments of those against and for Slum Tourism.

Slum tourism has got the entire world waxing lyrical about its inherent moral standing, perhaps due to the negative publicity that always seem to steal the day; with slum tourists exhibiting images and scripting a story of the squalid and sordid hovels. This kind of portrayal does not always augur well with a section of slum dwellers, who often get the impression that the tourists are otherwise Peeping Toms out to taint the only place they call home, to the rest of the world.

Moreover, the eerie allure of slum tourism also popularly known as ‘Ghetto Tourism’, has been argued to be cynically exploitative towards the less fortunate. It is argued that while a lot of money is generated by tourists to undertake in this kind of expedition, little or no proceeds go towards alleviating poverty in those slums. This is therefore seen as flagrant disregard for the basic human rights and dignity of the residents. Individualistic persons, acquisitive organizations and some tour operators end up benefiting at the expense of the people in deprived areas, while the latter continue to languish in poverty.

Associated with poverty, drug abuse and violence, favelas have for coon’s age quaintly enthralled tourists seeking to indulge in the mixed experiences usually displayed in films such as ‘Slumdog Millionaire’.

This two faced topic has also been viewed by supporters of slum tourism as not just solely pessimistic, but also as a germane mirror through which to reflect on ways of poverty alleviation through tourism. For many who have never experienced poverty, slum tours can be viewed as a way of appreciating life’s generosity in relation to others’ destitution.

As such, most travelers have deviated from the mainstream tourism to wildlife and beach destinations, opting for slum travels, with a genuinely sincere caring attitude towards the sad state of affairs in the favelas. Notably, the genesis of most of the non-governmental and non-profit organizations based in the impoverished urban areas – which have massively helped re-build lives of the inhabitants – begin from the reactions of once slum tourists inspired and determined to make a difference in the lives of the destitute.

Others will agree that if well allocated, monetary benefits accrued from slum tourism would go a long way in improving the lives of the local community members, albeit through putting a meal on the table. While most bereft of opportunities tend to feel segregated from the rest of the world, seeing new faces of people with interest in their lives is said to put a smile on the faces of some especially the little ones. Besides, the presence of inspiring visitors in the slums has also played a key role in the transformation of some dwellers who aspire to make a better future for themselves away from the shanties.

The hovels are home to a diverse people brought together not by their tribes, religion or political affiliations, but by unfortunate kismet caused by high rates of unemployment due to economic depression, social and political conflicts, rapid rural-urban migration in search of green pastures among other causes. Consequently, these places have become a converging point for diverse cultures where sundry stories are told and bring people together with a single cause towards humanity.

Researchers have researched, theorists given their theorems; opponents have argued the wrongs and proponents countered with rights of slum tourism. But truth be told that the debate may never have a solid conclusion on the ethical rating of the matter. Important for me is the personal motive of all the stakeholders partaking the slum tourism. If it is for the betterment of the society, hail!