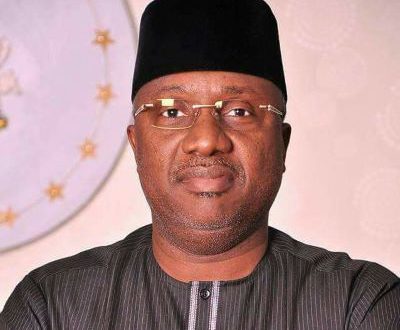 The Department of State Services (DSS) on Wednesday grilled a former Adamawa State governor, Alhaji Mohammed Jibrilla Bindow, over an audio clip of the All Progressives Congress (APC) reconciliation meeting where President Muhammadu Buhari was wished dead by a chieftain of the party.

The APC chairman in Yola South LGA of the state, Sulaiman Adamu, was suspended on Tuesday over leaked audio in which he and another chieftain wished President Buhari had died at the peak of the COVID-19.

A source familiar with the matter told our correspondent that Bindow was at the DSS office in Yola on Wednesday.

The source said after the former governor was grilled he was referred to the service headquarters in Abuja.

It was gathered that the former governor left for Abuja immediately.

The source said Bindow’s invitation came after the DSS quizzed some politicians who made the death wish statements against the president.

Reacting, the former governor said he had threatened to leave the venue of the meeting when the statement was being made by the chieftains.

A statement issued by Sadiq Abdullateef, the Special Assistant on Media to the former governor, explained that Bindow, who was in attendance at the reconciliation meeting, cautioned against the diatribe, threatening to leave but the viral audio was mischievously doctored to remove his words of caution.

Adamu had in the leaked audio lambasted President Buhari for ditching politicians who made sacrifices for him during the elections.

“I don’t know why coronavirus did not kill Buhari. If the president is placed side by side with Osinbajo I will pick Osinbajo and leave him,” the chairman was heard saying in the audio in Fulfulde.

Charles Igbinidu is a Public Relations practitioner in Lagos, Nigeria
@https://twitter.com/ionigeria
Previous With $11.7 billion debt, Nigeria is the 5th most indebted nation to the  World Bank
Next Inside Chelsea’s wild dressing room celebrations as Rudiger, Zouma and Jorginho bust out dance moves after Super Cup win