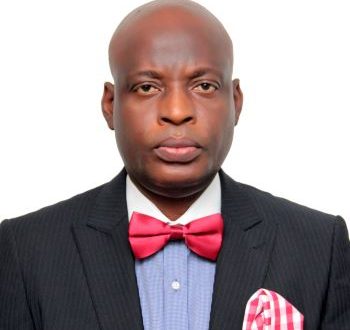 With the death on Friday, April 17 ,2020 of Mallam Abba Kyari, the late Chief of Staff to President Muhammad Buhari, at a highbrow hospital in Lagos, it is very obvious that death is the ultimate leveller of mankind. According to James Shirley in his poem, Death the Leveller, he depicted death in the third stanza as a force that brings equality.

With Kyari’s death too, we recall the satiric work of George Orwell, in his Animal Farm, wherein the relatable story states that ‘’all animals are equal, but some animals are more equal than others. This is similar to the generally accepted belief that some people are above the law. This doesn’t sound good.

Our humanity demands that we speak no evil of the dead whether or not the deceased lived a good life or not. In Africa, it is assumed that the dead, being in a higher spiritual plane perhaps, need some form of reverence and solitary peace. So , I want to convey my  heartfelt condolences to the President of Nigeria, who is mourning the loss of a  close friend of 42 years; the wife of the late Chief of Staff, Hajiya Kulu Kyari, his children ,the entire Kyari  family ,Borno State government and Nigerians generally, over this sad and irreparable loss. His was a life that loomed larger-than- life. At the corridors of power at Aso Rock, we were made to understand that he bestrode the world like a colossus, wielding tremendous influence at the seat of power.

Even Shakespeare recognizes the inequality of mankind when he opined in the classic, Julius Caesar that ‘’when beggars die, there are no comets seen, the heavens themselves blaze forth the death of princes.” At Malam Kyari’s burial, all guidelines to control the spread of the same killer disease, Covid-19 set by the Federal Government through the Center for Disease Control, were ignored.

This does not look good at all. Who then shall guard the guardian? All the rationalisations  to justify why they attended the burial in defiance of the extant guidelines on social distancing amounts to quad ab initio non valet, in tractu temporis non convalescit , meaning ‘’ that which is bad from the beginning does not improve by length of time.” With effluxion of time, these dramatis persona will want to make their actions and inactions look right, rather than apologise for their misdeeds. Let’s learn to begin to do the right thing.

Death is really the ultimate equalizer of mankind. In death, we are equal because whether we like it or not, we are returning to the dust, as we are a quintessence of dust, according to William Shakespeare. Therefore, let no man rejoice at the death of Mallam Abba Kyari in the complications of Covid-19. We must, at all times, respect the sanctity of human life. It is, however, instructive to note that death is no respect of status, office, colour or age. This is a clarion call to all those living this world, as if they will live on the earth forever. It should be an eye-opener to such people telling others to treat the pandemic with kid gloves. AS at today, well over 2,367,758 people worldwide have been affected by covid-19, killing no less than 163,000 people worldwide. In Nigeria as at today, we have recorded 672 cases,21 deaths and 170 recoveries. However, the alarming rate people are contacting this virus is becoming alarming and worrisome.

I am strongly of the opinion that, if Mallam Abba Kyari had self-isolated himself for 14 days or so when he returned to the country from Germany things might have been different. Alas! the big iroko tree has fallen! So sad. I’m sure Mallam Kyari believed he will make it, when he declared with authoritative finality in his correspondence last week that: ‘’I will back at my desk soon.” Power of life and death belongs to God alone.

A similar thing  happened to Bishop Gerald Glenn, a popular evangelical pastor, in Virginia, United States when  he moved against the medical advice of the US Centre for Disease Control that prohibits public gathering,  by avoiding the non-essential gathering of more than ten people then. He ignored all entreaties and wise medical advice; the result was that he was consumed by the virus.

The moral lesson of all this, points to the fact that, our healthcare sector needs to be critically reviewed and improved upon as matter of utmost urgency. I was really surprised when  I read the comment of the Secretary to the Federal Government, and also the Head of the Presidential Task Force on the Covid-19 pandemic in Nigeria, Mr. Boss Mustapha when he  said, inter alia: “ I never knew that Nigeria’s health sector was this bad.” He was shocked at the state of dilapidation of health facilities in the country.

This amounts to lamentations of the deepest dye. This pandemic situation is the best opportunity to fix our healthcare system. This is one single window of opportunity to make right what has gone wrong for decades of neglect and come up with policies to engender a functional healthcare sector with well-equipped hospitals and facilities that could save lives. And also save Nigerians the humongous amounts spent on medical tourism which has deep implications and exertion of grave pressure on our scarce foreign exchange.

According to  Frantz Fanon in his classic ,How Europe Under-developed Africa  ,the collaborative efforts of internal enemies who connived with foreign powers to under-develop Africa is exemplified in the Scramble and Partition of Africa by colonial powers  at  the Berlin Conferences of 1884-1885.Today, the reality is that we Africans, and indeed Nigerians are responsible for the under- development  of Africa(and Nigeria).  Both the followership and leadership in Nigeria are responsible for our pervasive parlous health.

There is no doubt that the mindless, and less thoughtful, insensitive, and pernicious leadership have over the years brought us this low, while the timid, weak, passive, gullible and docile followership that cannot stand up to the clueless leadership ,to hold them to account. There is an ever- widening gap between the leaders and the led, leading to structural and foundational contours and poor governance.

In 1346 for example, when the Bubonic plague which was also called the ‘Black Death’ killed millions of people worldwide, according to Daron Acemoglu and James A. Robinson in Why Nations Fail: The Origins of Power, Prosperity and Poverty while examining the small  differences and critical junctures: the weight of history. This plague transmitted by fleas living on rats, emanating from China, was carried by traders who travelled along the Silk Road, the great trans-Asian commercial artery. This plague wiped out about half of the population, in any area it hit. From Chinese to the Genoese traders, the plague travelled from Tana to the Mediterranean and by early 1347, it had reached Constantinople, then France, North Africa up to the boot of Italy.

By mid-August 1348, England’s King Edward III asked the Archbishop of Canterbury to organize prayers. Prayers at this time, could not do much as the plague wiped out about half of the English population. This is one of the reasons why we have advanced medical facilities in United Kingdom and Europe especially.

The moral lesson here is that we should do all that is necessary to put our healthcare sector in order by creating viable community clinics in every local government, in every state of the Federation which will be accessible to every citizen of Nigeria, whether rich or poor. The urgency with which we are to approach the matter on hand should be like that of a war situation.

Let our political class resolve to patronize our hospitals and utilize the funds received to improve the standard of our health facilities by establishing a world-class health sector, which can be the health sector hub for West Africa. We all know that government alone cannot do this, we need the active collaboration of the private sector. To be candid, the private sector is really trying, but much more need to be done. This is only one virus; we are contending with. Just imagine if we have more than two global outbreaks of pandemic like Novel Coronavirus to contend with. what will be the fate of mankind? Maybe we would be saying goodbye to the world. God forbid anyway!

To those who have ears, let them hear and apply wisdom in doing the right thing now, when we have the opportunity to make things right. Like Martin Luther King (Jnr.). once said, ’every generation out of relative obscurity, must discover its mission: fulfil it or betray it. It’s really up to all of us to discover our mission with high purpose and fulfil it.

Joseph Okonmah is a Lawyer and Public Commentator. 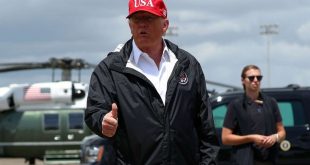 To those who say Trump will go to jail

Spread the loveBy Femi Fani-Kayode You keep screaming “Trump will go to jail! Trump will …