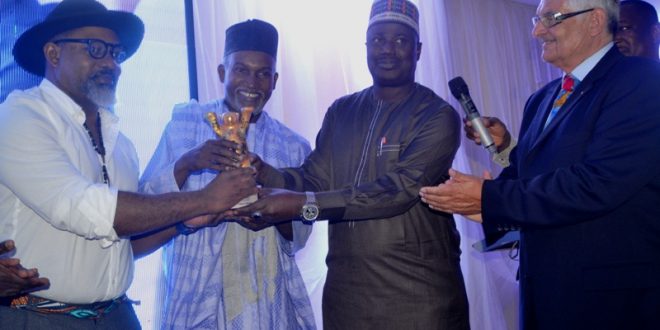 Senate President, Olusola Saraki at the weekend assured Nigerians that the long awaited PIB law will be ready before the end of this legislative season.

While giving the status of the bill which has passed through various reading at the National Assembly, the Senate President declared that “this 8th National Assembly has taken the bull by the horns.    We have been making conscious efforts to ensure that we progress the passage of the law which has gone through various readings.  But I promise Nigerians that before the end of this Legislative Assembly, definitely the bill will be passed.”

He gave this assurance Friday night through his representative, Senator Abdullahi Sabi, at the formal presentation of the International Tourisms Borse Berlin’s Golden City-Gate Film Festival award in Germany won by a Nigerian artist and film maker, Wilfred Ukpong, with his film, Future World in the “Eco-Tourism” category.

Nigerian Ambassador to Germany, His Excellency, Yusuf Maitama Tuggar who received the award from the organizers of the International Film Festival held in Berlin in March, 2018, on behalf of the artist, formally presented it to him.  He was assisted by Senator Sabi.

After the screening of the film before the audience, Senator Saraki observed that the message in the film is “quite clear and apt,” noting that “it is an early warning of the impending danger in the Niger Delta,” and advised that “all the stakeholders must take it seriously.”

He maintained that all Nigerians have a responsibility to what is happening in Niger Delta which has been captured by our own artist through the Future World film, and unbiasely recognized in far away Germany, and said that “we must congratulate the government of Buhari for the initiatives of starting the clean up of the Niger Delta, beginning with the Ogoni land.”

While presenting the trophy to Ukpong, Ambassador Tuggar noted that “Future World” is a piece of work that provokes discussions around some of the most topical issues of the day: environmental pollution and climate change, youth employment and migration, energy mix and international trade,” adding that Nigerian government is already taking a good step to finding permanent solutions to the challenges.

Receiving the award, Ukpong, a multidisciplinary artist and filmmaker, said that “the 7-minute film narrative conflates around climate change, environmental pollution, and health-related issues and draws from true-life stories, and regional myths to create a captivating abstract universe pulsing with some of the most profound historical, ecological, and socio-cultural issues of our time.”

He noted that it was produced to further raise the awareness on the level of degradation in the oil producing area, and calls for urgent solutions. 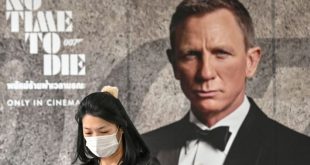 Release of New Bond movie ‘No Time To Die’ delayed again – this time until April.