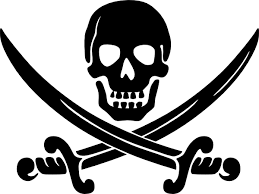 Residents of Imota Ikorodu, Lagos State are still gasping in shock, following the gruesome murder of some young men in the area by cultists At least a boy was alleged to have been beheaded and three others killed in their apartment, in the presence of their stunned parents, in what law enforcement officers claimed was a reprisal.

The clash was between members of Eiye and Aiye. The killings started on Friday and between Saturday and yesterday, policemen and members of the Oodua People’s Congress (OPC), had arrested 31 suspected cult members. Yesterday, residents of Imota told our correspondent that cultists have taken over their community. One of the residents said: “There’s no day we don’t witness cult related killings in the community.”

A team of Anti-Cultism Unit, Oodua Peoples Congress (OPC) and OPMESSA were deployed to the community to restore peace. In the process, 31 suspected cult members were arrested between Saturday and Sunday.

The Coordinator of OPC in the community, Mr. John Ojuelegba, said the rate of killings by the various groups was getting out of control. His words: “I was in my house, when the DPO called me about the cultists’ unrest.

I mobilised my boys and we went to town. We started picking them. On Saturday alone, we arrested 19 and on Sunday, 12. They have all been transferred to Anti-Cultist Unit of the State Command.

These boys have turned the community into slaughter slab.” Mrs. Iyabo Adekunle, stepmother of the first victim that was killed, identified as Tunji, said she was shocked to hear that the boy was a cultist.

She was in her shop on that fateful Friday, when she heard gunshots. She said: “I locked my shop and ran home. About five minutes later, someone came to call me that my son had been shot dead.

My husband and some other members of the family followed us to the scene. When we got there, Tunji’s corpse was inside the gutter. His body was covered in blood.

When he was brought out, we noticed that he was shot in four different places.

“We informed the policemen at Imota Police Station. We buried him that same night. I don’t know what could have led to anyone killing him. It was because my husband didn’t want him relating with bad boys, that he moved him from Mushin area to Imota.

We didn’t know he was still relating with bad boys.” Mr. Bambo Shokoya, a resident, disclosed that in September, two persons were killed in the community. He said that the reasons why the boys keep killing one another, is still difficult to know.

He said: “The present killing started on Friday around 11pm, at Atere area. Some Aiye members laid ambush for Tunji, who belonged to Eiye group. He was shot four times and his body dumped inside a gutter. Before they left, they were singing and dancing over the successful killing of Tunji.”

Shokoya further said that the most annoying aspect of the issue was that most of the cultists had been discovered to be school dropouts, bricklayers, vulcanizers and meat sellers. He urged government to look into the issue of cultism, before cultists wipe out members of an entire community. Our correspondent further gathered that it was after the rival group killed Tunji, that his angry members decided to carry out a reprisal.

The Lagos State Police Public Relations Officer (PPRO), ASP Olarinde Famous- Cole, said it was a clash between two rival cult groups, which started since the beginning of this year. He disclosed that the clash culminated in the beheading of a cultist.

He said in a quick response of the command, the Divisional Police Officer (DPO) in charge of Imota Police Station arrested 14 of the suspects. Famous- Cole further said that an additional suspect had been arrested and moved with others to Anti-Cultist Unit of the command for further investigation.