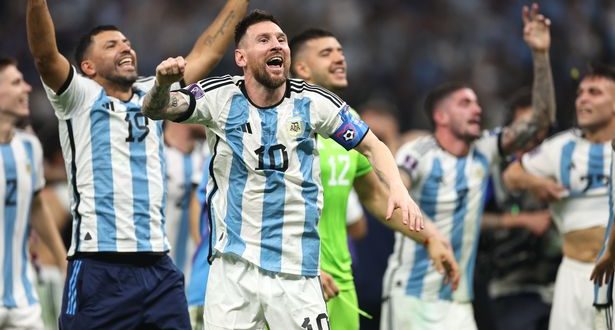 Katia Aveiro, Cristiano Ronaldo’s sister, has labelled the World Cup as “the worst ever” after Argentina defeated France in a pulsating final.

Lionel Messi broke multiple records in the final as the superstar won the World Cup in his final match in the tournament, having previously ruled himself out of the 2026 version. The forward missed out on the Golden Boot to Paris Saint-Germain teammate Kylian Mbappe – whose stunning hat-trick took the game all the way to penalties.

It is likely to be remembered as the greatest World Cup final of all time due to the high level of drama involved; France netting twice in a minute to take the game to extra-time, Messi and Mbappe produced sensational performances, three penalties being awarded, and the game eventually being decided on a penalty shootout.

So much of Messi’s career at the top level has been intertwined with Ronaldo, but the Portuguese superstar endured a difficult tournament. His nation were beaten 1-0 by Morocco in their quarter-final in Qatar over a week ago as their tournament ended early.

Ronaldo went straight down the tunnel in tears after missing out on the chance to add the only major honour missing from his glittering CV. The striker, who is currently without a club after leaving Manchester United last month, will be aged 41 by the time of the next World Cup.

Katia Aveiro wrote on her Instagram account after Sunday’s final: “The worst World Cup of all time… that thankfully gave us a great final. What a match. Congratulations to Argentina.”

She added, in what appeared to be somewhat of a pointed blank of Messi’s achievement: “Kylian Mbappe. This boy is unreal. What a bright future awaits you. Incredible.”

Ronaldo’s future at club and international level is now deeply uncertain as he now focuses on finding a new club ahead of the January transfer window opening. He now appears to be in the autumn of his career after falling out of favour under former Portugal boss Fernando Santos.

The striker was dropped from the starting line-up for Portugal’s Round of 16 6-1 demolition of Switzerland, with his replacement Goncalo Ramos netting a hat-trick. Ramos was again preferred over Ronaldo for the quarter-final loss to Morocco, with the former United striker coming on as a second half substitute in both matches.