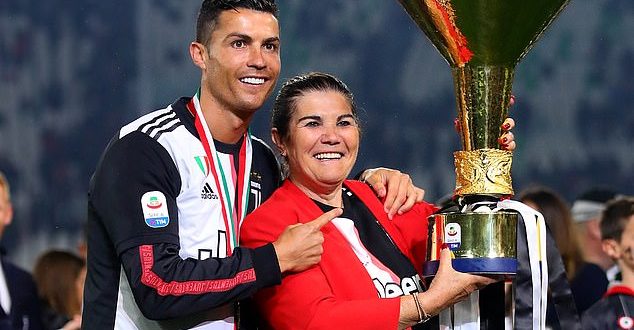 Cristiano Ronaldo’s mum may have cried tears of joy on his Manchester United return but she longs to see him back at Sporting Lisbon.

The Portuguese star had his mum sobbing after notching two goals on his stunning second debut at Old Trafford after 12 years away.

But the 36-year-old now finds himself under pressure to make another emotional move before his glittering career comes to an end.

Dolores told the ADN de Leao podcast.: “Ronaldo has to come back (to Sporting), he’d be here for me.

“He likes watching Sporting’s games. I’ve already told him: ‘Son, before I die I want to see you return to Sporting’. ‘Let’s see… .’, he said.”

Ronaldo came through the youth ranks at Sporting before moving to United for the first time back in 2003.

He left Old Trafford in 2009 to make his dream move to Real Madrid, before returning this season via a three-year stint at Juventus.

The forward took the storied No7 shirt in his first stint at United and was indebted to Edinson Cavani for handing it back this year.

And Dolores had a jokey warning for Sporting’s current No7 Bruno Tabata.

She said: “Today No7 belongs to Tabata… for now. When Ronaldo comes, it will be his!

“Ronaldo, coming here, will make up for it with the sales of shirts. In Manchester it was crazy.”

Dolores also revealed the reassurances her son gave her as rumours of a move to United’s rivals Manchester City swirled this summer.

She added: “On the TV there was talk of Man City, but he said to me: ‘Mum, don’t worry about what they’re saying, because I’m going to Manchester (United)’.”