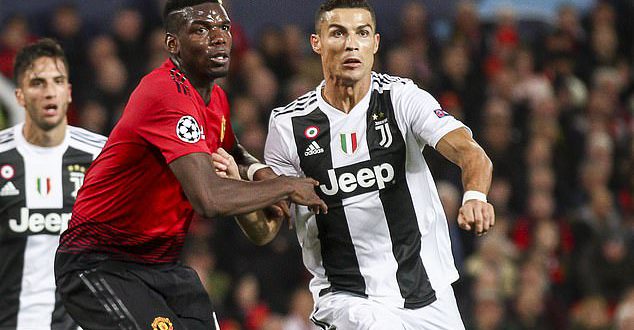 Cristiano Ronaldo is set for his Manchester United medical after the Red Devils jumped ahead of rivals Manchester City to sign the Portuguese on a two-year deal.

City have confirmed that their move to sign Ronaldo has collapsed, with the club no longer considering the Portuguese superstar.

The Premier League champions had seemingly been closing in on a move for the former Manchester United forward, who is set to leave Juventus after three years in Turin.

Ronaldo was reportedly on the verge of agreeing a switch to the Etihad Stadium, but now seems set for a sensational switch back to Old Trafford as United moved to the front of the queue to land him.

The star was pictured boarding a plane in Turin on Friday, and United are to begin the final negotiations of his return to the club after 12 years away.

Red Devils boss Ole Gunnar Solskjaer talking up the possibility at his press conference on Friday.

“And it’s been speculation this morning and the last few days.

“We’ve always had good communication. I know Bruno [Fernandes] has been talking to him as well and he knows what we feel about him. And if he was ever gonna move away from Juventus he knows we’re here.

“We focus on the ones we have there, I don’t want to speculate too much on Cristiano, what’s happening there with the press.

Solskjaer’s words came hot on the heels of Pep Guardiola throwing doubt on the switch at his his Friday press briefing.

Also addressing the failure to sign Harry Kane and the move for Ronaldo, he said: “I cannot say much.

“Harry Kane announced he is continuing to his club, an exceptional club like Tottenham.

“Cristiano is a Juventus player and I can’t say anything else. All I can say in these three, four days left of the transfer window anything can happen.

“Right now I am more than delighted with the squad we have and we will stay the same.

“I say the same; Cristiano will decide where he wants to play, not Manchester City, not myself. There are many things that are far away.

“I am incredibly happy with the squad I have. More than satisfied.

“We are the same guys except Sergio (Aguero) left and Jack (Grealish) arrived. I focus on what we have to do and the players we have right now.”

A medical in Lisbon is planned, as reported by the Mail.

The Athletic state that Ronaldo‘s camp are in advanced talks with United over a deal, with a two-year contract mooted.

And Sir Alex Ferguson has even thrown his weight behind the deal by contacting the player personally on Friday morning, according to MEN.

The forward, 36, said his goodbyes to his Juventus colleagues after informing coach Massimiliano Allegri of his decision to leave.

Allegri confirmed to reporters: “Yesterday Cristiano told me that he has no intention of continuing at Juventus.

“I am absolutely not disappointed. He has made his choice.”

Paris Saint-Germain and City were the early favourites for the deal as he boarded his private jet with agent Jorge Mendes.
Share