Manchester United brought Cristiano Ronaldo back to Old Trafford for moments like this. A perfect piece of control applied to a dropping ball followed by a venomous finish high in to the net at the Stretford End for goal number 18 of his Premier League season

It’s just the context that United would like to have been different. When he returned last summer, Ronaldo could not have imagined this. He could not have pictured being part of a United team quite this bad, of a season quite this dismal.

Ronaldo and his ailing, failing team were outplayed in every way apart from one here. Fortunately for them it was the one that mattered, goals. How that came to pass, nobody is quite sure. 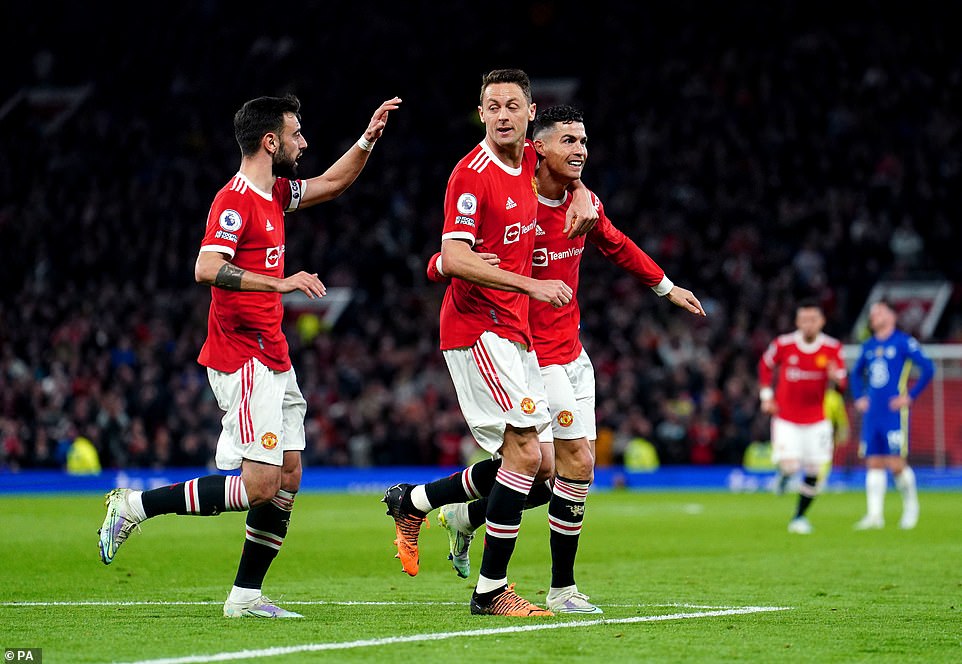 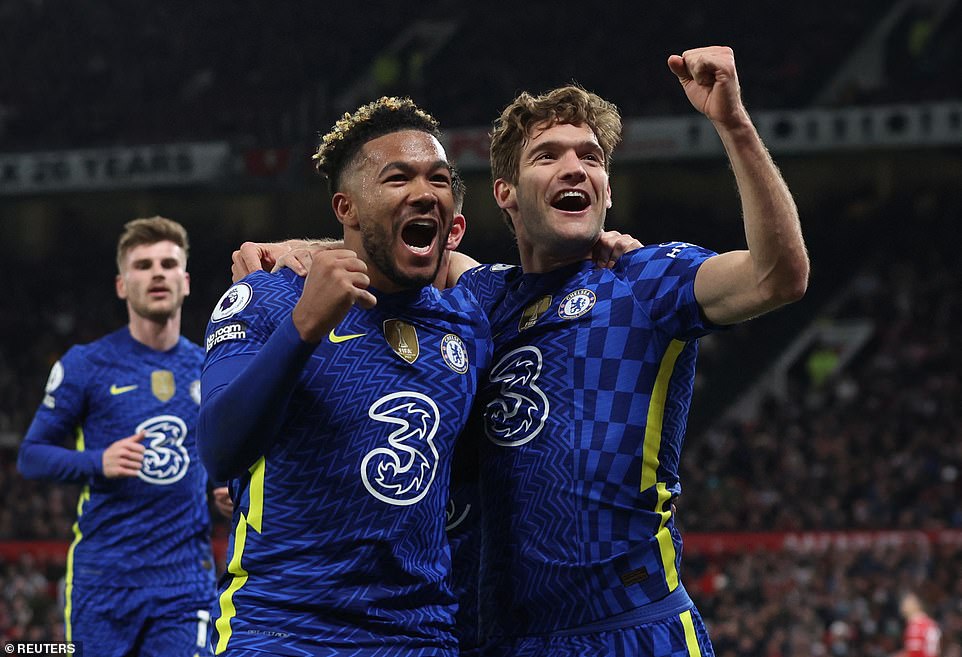 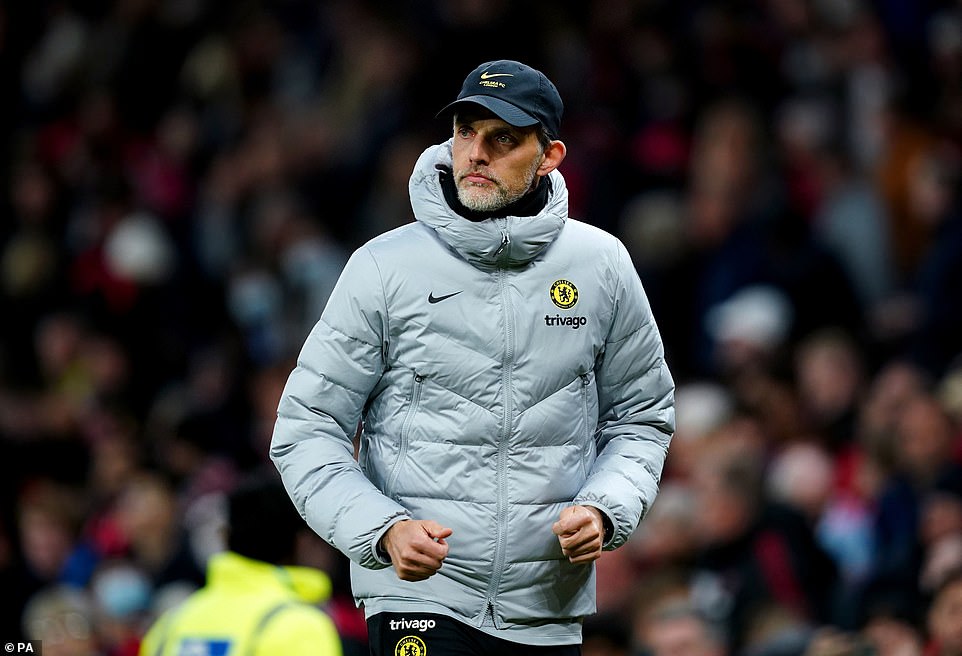 Thomas Tuchel will be far from happy, especially after Chelsea allowed United to equalise minutes after scoring themselves

Chelsea were the better team. They played neat, incisive football and created chances. But somehow they only managed to score once, through Marcos Alonso in the 60th minute, and when they did Ronaldo equalised almost immediately.

So Chelsea’s bid to secure third place in the table continues to progress only slowly while Ralf Rangnick’s time as interim manager at United continues to die the slowest and dullest of deaths.

Last night it emerged Rangnick intends to take up his two-year consultancy role with United. However it turns out the man many foolishly believe holds the keys to a golden United future is also considering an offer to become coach of the Austrian national team.

Heaven help them if he takes it. The last time we looked, the Austrians didn’t have a player like Ronaldo while everything about the United team he leaves behind reeks of the things the German has failed so dreadfully to do.

The United team bequeathed to Rangnick by Ole Gunnar Solskjaer in November was bad. This one is worse. No energy, no desire, no shape, no tactical plan. Apart from all that, Rangnick can be very proud of them.

Here in front of an Old Trafford crowd long since resigned to watching this rubbish, United were unlocked time and time again down their left side.

Chelsea’s right wing-back Reece James was superb but he will not have many easier nights than this. The danger he presented to United was clear yet Rangnick managed to do absolutely nothing to stop it. Either that or his players were not listening to him. Either is entirely possible.

Chelsea were in to their opponents from the off and the balance of play remained that way throughout. Thomas Tuchel’s team looked as though they had something left to play for while United’s players seemed to be yearning for the anonymity of some exclusive summer beach.

James was the game’s best player while N’Golo Kante in the Chelsea midfield was not far behind. Finding a goal scorer remains a problem, though, and here it was Kai Havertz who missed three first half chances.

Twice the German was denied by United goalkeeper David de Gea. Once when Kante played him clear and again when a James cross landed on his head. There was another opportunity for Havertz, too, as a sweeping Chelsea counter released him down the right and he slashed a shot in to the side netting. 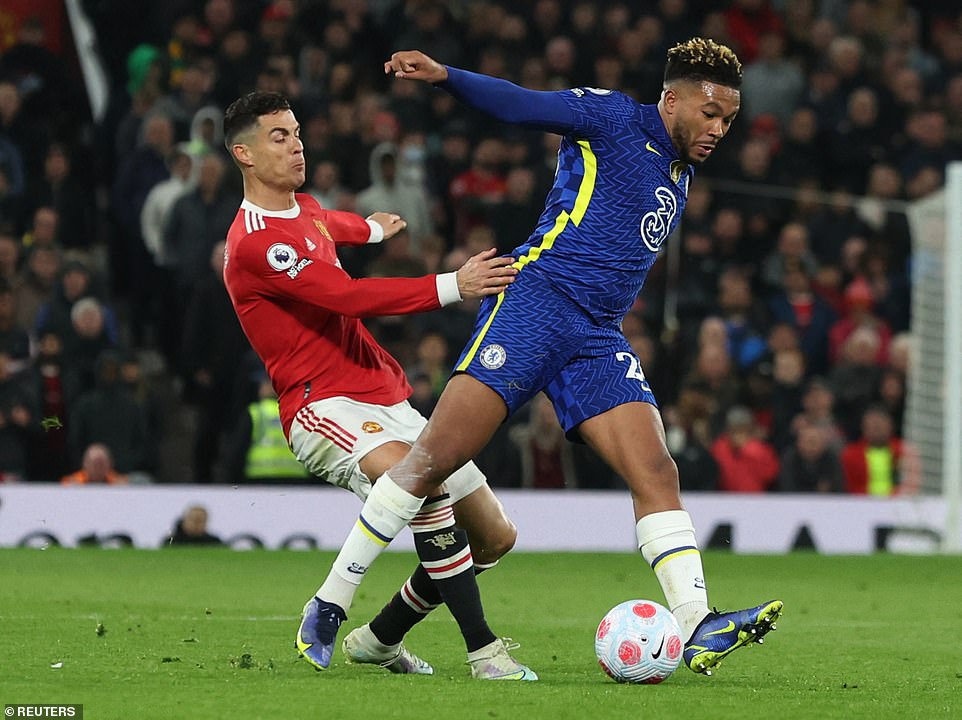 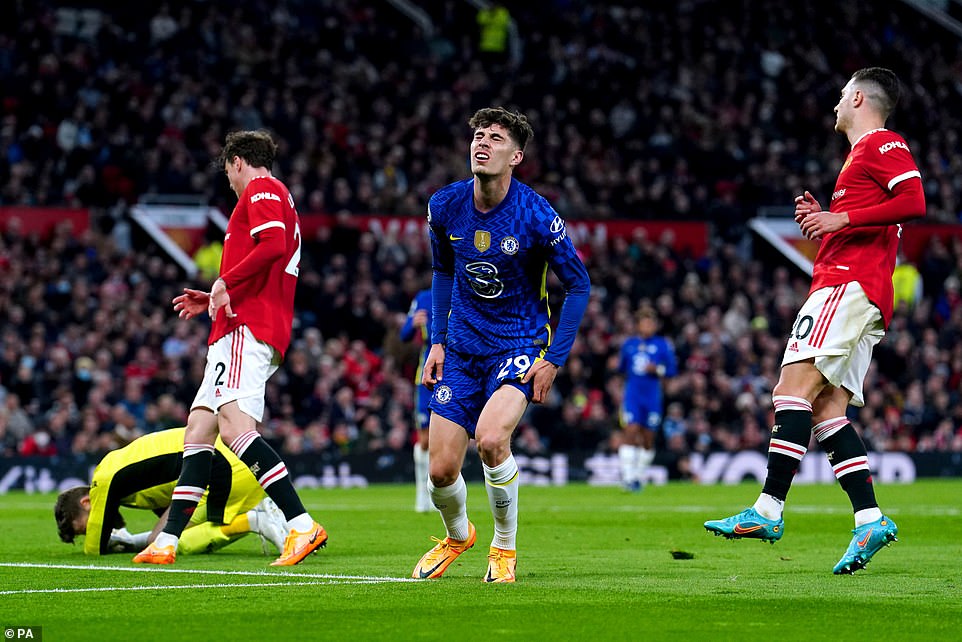 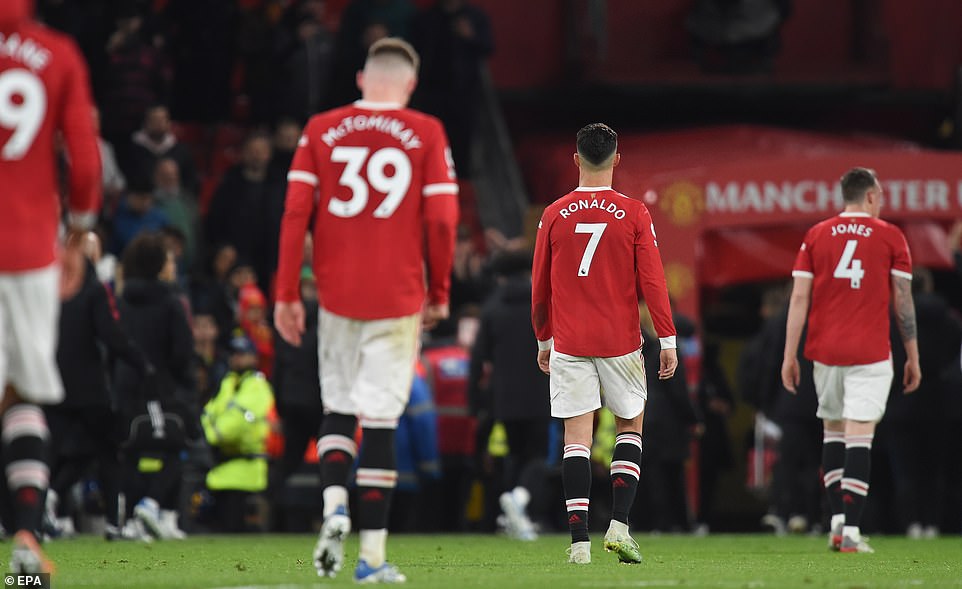 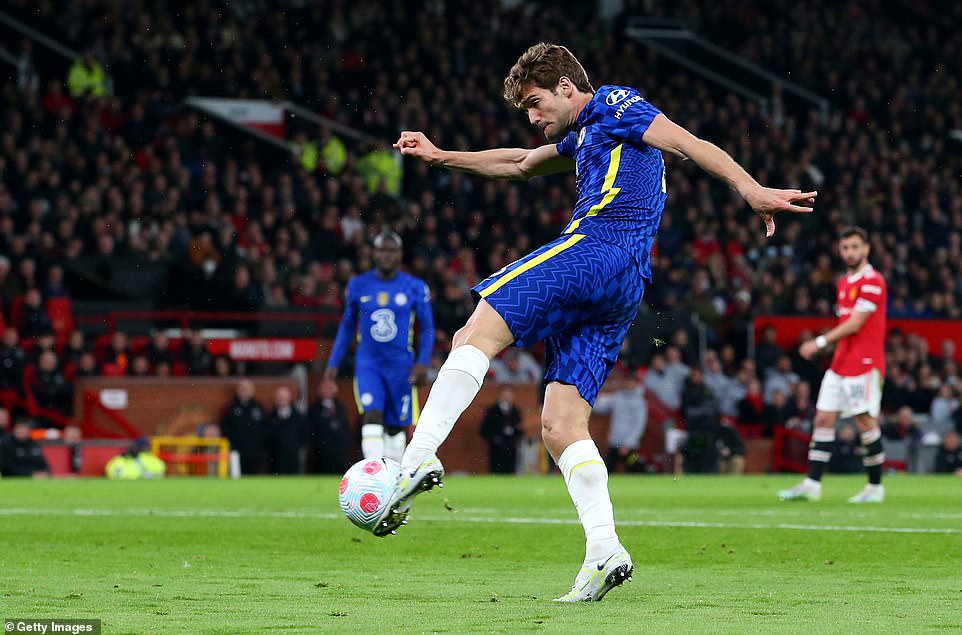 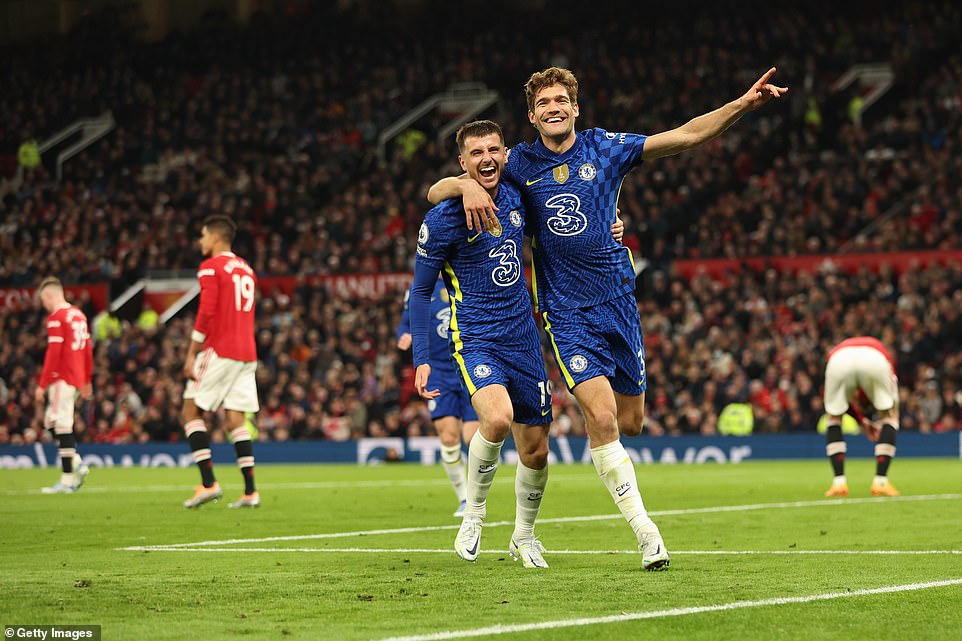 With United almost absent as an attacking threat, Kante spurned the other big opportunity of the first half, planting a shot in to De Gea’s midriff after Jorginho set him up.

Eventually Chelsea did score. They had to. The second half had continued in the same manner as the first. The gulf between the teams looked cavernous, embarrassing even, and when James’ cross from the right was flicked on by Havertz , Alonso adjusted his feet and his weight well to volley back across De Gea and in to the far corner.

That felt like the game right there. United looked lost, almost incapable of a response. Yet within a minute they were level. 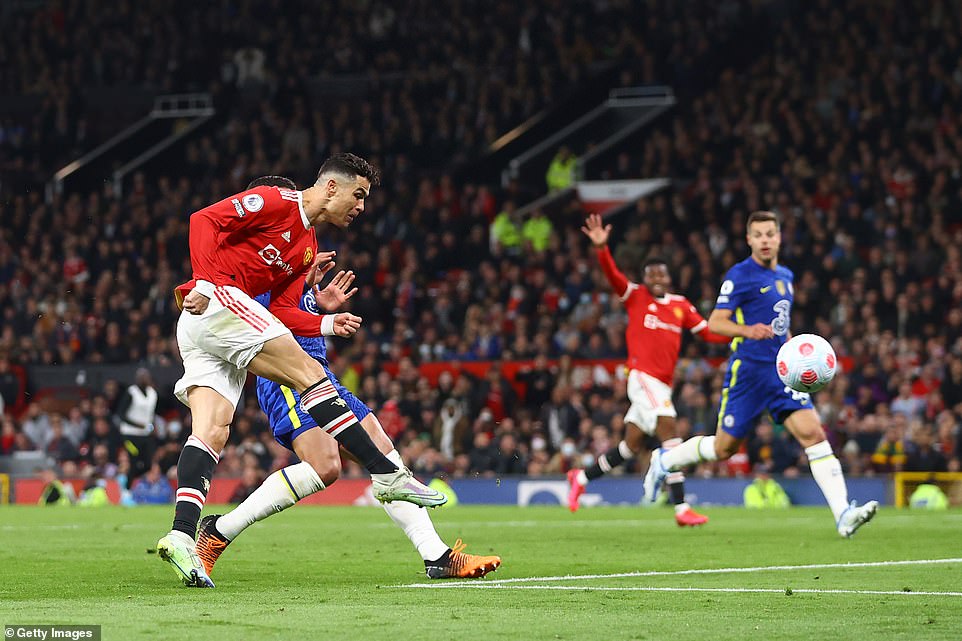 Chelsea twice gave the ball away in their own half and when Nemanja Matic lifted it over the top to Ronaldo, he did his thing. It really was a superb finish.

The goal didn’t greatly change the flow of the game. Chelsea were straight back on to the front foot and finished the night having registered 21 shots to United’s six. The last big chance of the night was theirs, too, as James curled a shot on to the post with nine minutes to go.

It doesn’t take much to shape people’s opinions round these parts these days, though.

At full-time Matic told the TV cameras he thought the United performance had been an improvement on recent efforts. It is this kind of delusional denial that forms part of the mountain of problems incoming coach Erik Ten Hag will face when he replaces Rangnick this summer. The first thing he must hope is that Ronaldo’s shirt is still on its peg when he gets here.