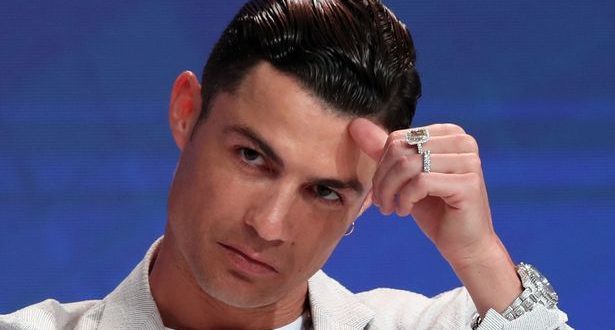 Cristiano Ronaldo has only been officially on the market for a matter of hours and he already has a big-money offer to go and play in the Middle East.

Ronaldo was released by Manchester United on Tuesday evening after the club reacted decisively to his controversial interview with Piers Morgan. The 37-year-old has been let go by mutual consent before the end of his contract for saying he felt “betrayed” by the club.

After missing out on a transfer away from Old Trafford in the summer, he is now a free agent and, in theory, will have his pick of clubs. However, his colossal wage demands – he was being paid around £500,000 per week by United – means many European clubs will struggle to afford him in the post-pandemic world.

That is where Saudi Arabian club Al-Nassr comes into the picture, according to Marca. Ronaldo received lucrative offers from the Middle East during the summer transfer window, but rejected them because he wanted to stay in Europe and further his legacy in the Champions League.

But Marca reports that ‘everything indicates’ he will now be interested in moving to Saudi Arabia. An unnamed Saudi club, believed to be Al-Hilal offered him a £305million contract for just two seasons in the summer, and now Al-Nassr are ready to make a similar offer.

Like Newcastle, Al-Nassr are owned by the Saudi Arabia Public Investment Fund and the Spanish report says owner Prince Faisal Bin Turki is desperate to land Ronaldo and make a splash in world football. Al-Nassr are currently second in the Saudi Pro League and already have Colombia goalkeeper David Ospina, Brazil midfielder Luiz Gustavo and Cameroon striker Vincent Aboubakar on the books.

In his interview with Morgan, Ronaldo confirmed the Saudi offers he received in the summer and bristled at the suggestions that no other clubs were interested in him. “I was happy here [at United] to be honest, I was motivated to do a great season here,” he said.

“But they [the media] continue to repeat that nobody wants Cristiano. How do they not want a player who scored 32 goals last year, with a national team?”

Ronaldo, who will play in Portugal’s opening World Cup game against Ghana on Thursday, also insisted that he is still hungry to score goals at the highest level of the game. “It’s hard, it’s hard. But in the same way, I thought that I was very happy here; that I’m still capable of scoring goals…,” he said.