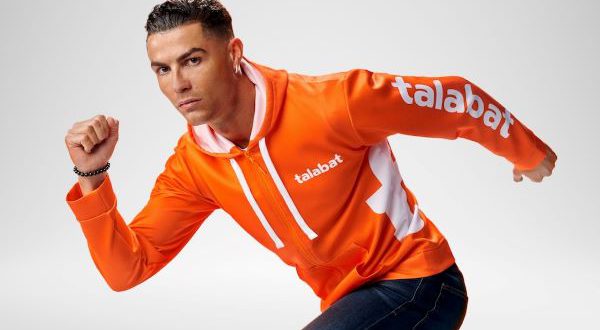 Cristiano Ronaldo is yet to find his next club after handing in a shock transfer request at Manchester United, but now the former Real Madrid and Juventus superstar has a lucrative offer on the table

Cristiano Ronaldo has reportedly been offered the chance to leave Manchester United and earn a whopping £211million in Saudi Arabia.

The five-time Ballon d’Or winner wants out of Old Trafford this summer, having recently handed in a bombshell transfer request. While the Red Devils’ lack of Champions League football is believed to be his main gripe, Ronaldo could take up an offer which would see leave Europe for the first time in his astonishing career and pocket a staggering £211m over two years in the Middle East.

While the 37-year-old continues to be absent from United’s pre-season tour due to “family reasons,” TVI News in his native Portugal – as cited by CNN – claim that an unnamed Saudi club have made a stunning bid to sign him. Ronaldo’s salary would work out at £2m per week, more than five times what the global superstar currently earns in Manchester. To sweeten the unprecedented deal, the Saudi side are prepared to pay his long-time agent, Jorge Mendes, around £17m in commission.

It would also see the Red Devils receive a transfer fee worth £25.3m for Ronaldo, nearly double the £12.9m which they paid Juventus for his services last summer. United handed their superstar a £480,000 contract which has since plummeted to £360,000 thanks to their sixth-place finish last season, as the whole squad took a wage cut.

With the Red Devils set to compete in the Europa League next season under new manager Erik ten Hag, Ronaldo is unhappy with the club’s predicament. His frustration has even allegedly resulted in him offering himself to Paris Saint-Germain – eternal rival Lionel Messi ‘s team – while Mendes attempts to engineer a move to fellow European heavyweights Chelsea or Bayern Munich, who both have reservations about signing the ex-Juventus talisman.

Despite the eye-watering numbers that Ronaldo has on the table, the former Real Madrid phenomenon is highly unlikely to accept the offer, having repeatedly expressed his desire to compete at the top of European football for years to come.

During UEFA ‘s ‘The Best’ ceremony in January, Ronaldo declared: “I still have the passion for the game. Not just to score goals, but to entertain myself because I played football since I was five or five or six years old. When I get on the pitch, even in training, I still enjoy it. My motivation is still there, even though I’m gonna be 37 soon.

“I feel good, I feel motivated. I’ve kept working hard since I was 18 years old and I continue. I love the game, I still have that passion and I want to continue. People ask me sometimes how many more years I’m going to play and I say, ‘I hope to play four or five more years’. “It’s all about mentally, because I thought if you treat your body good, when you’re gonna need your body, it will give back.”

Ten Hag still hopes that the United No.7 will change his mind, though, insisting that Ronaldo is “not for sale.” Speaking to reporters in Thailand, the Dutch tactician added: “He is not with is and that is due to personal issues. But we are planning with Cristiano for this season, so that’s it and I am looking forward to working with him.