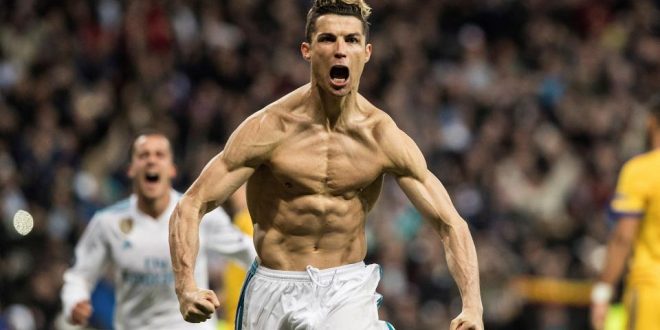 Cristiano Ronaldo has now turned 37 but continues to have the body and the athleticism of someone half his age.

By this point, most professional players have either retired from the game, or are at least considering doing so, but as we know, Ronaldo isn’t your average athlete.

Ronaldo is still performing at the very highest level, and single-handedly carried Manchester United into the knockout stages of the Champions League this season, and he is by no means done yet.

Despite nearing his 40s, Ronaldo continues to boast a shredded figure, but he’s not just blessed with his physique as a lot of work goes on behind the scenes to allow him to perform in this manner.

Here, we take a look at how Ronaldo continues to defy his age and preserve his youth even at the age of 37… Ronaldo is known for speaking out about healthy eating and his anti-Coca-Cola stunt at the European Championships in the summer highlighted just how he felt about drinking anything other than water.

The Portuguese star was also a heavy influence as soon as he returned to United too, as it was revealed that dessert became a thing of the past as everyone copied Ronaldo’s strict regime.
Ronaldo hardly ever indulges in the usual unhealthy, guilty pleasures, and Portugal team-mate Jose Fonte revealed how his compatriot is a role model for his approach to dieting and eating clean.

Fonte previously told talkSPORT : “Obviously, as a rule, he eats nice and clean, you know the nice quinoas and all this healthy stuff… A lot of eggs, sweet potatoes, the broccoli, he’s into that.

“We always have a look at what he’s eating and what he’s doing, you know he’s the best and you want to replicate what he’s doing because he must be doing something right.”

Ronaldo prioritises a lengthy sleep and consistent routine and even has a pre-match ritual to get his head in the game and perform to the best of his ability.

The Portuguese star reportedly never has less than eight hours sleep, and told FourFourTwo: “I go to bed early and get up early, especially before matches. Sleep helps my muscles to recover, which is really important.”

Wayne Rooney once revealed what Ronaldo does before a game to get himself in the zone, and this was backed by his former Juventus team-mates, meaning it must be a consistent preparation method.

Rooney previously told GOAL: “Every match, before the team goes out for the warm-up, he runs through the same routine.

“The kit goes on, the boots go on. Not long after, Ronnie turns to his reflection and stares, psyching himself up for the game.”

Ronaldo has gone above and beyond to make sure he remains in prime condition, purchasing a state-of-the-art hyperbaric oxygen therapy chamber tank.

The machine enables Ronaldo to breathe pure air directly into the blood plasma, helping repair damaged tissue at a much faster rate, allowing him to recover quicker and keep up with the busy fixture schedule at United.

Obviously, one drawback with aging is that the recovery process takes slightly longer, but Ronaldo has taken matters into his own hands as he preserves and repairs his body in the best way.

A source told the Sun about Ronaldo’s recovery process: “Everyone knows Cristiano is a fitness fanatic and totally dedicated to being in the best shape he can be.

“He’s used oxygen chambers before in his career but they are not as easy to find in the UK so he decided to buy one and have it installed at his house.

“It means if he ever feels a twinge he can go and use it and get the benefits. “These are the reasons why he misses so few games due to injury.”