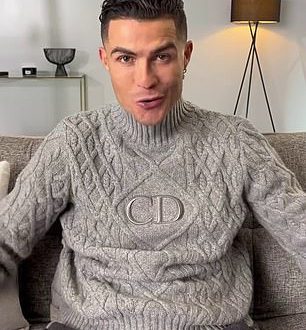 Cristiano Ronaldo has thanked his fans after becoming the first person to reach 400 million followers on Instagram.

The 37-year-old, who currently has 404 million followers, posted a video on the platform for his supporters which included his famous ‘Siuuu’ celebration while wearing a £2,000 grey cashmere Dior jumper.

The Manchester United and Portugal superstar also targeted another ‘100 and 200 million’ followers on the social media site in a 30-second video released on Monday afternoon. 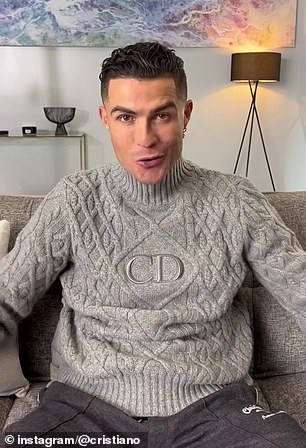 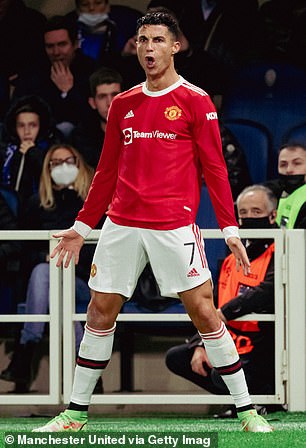 The 37-year-old, who currently has 404 million, posted a video on the platform on Monday

‘Well it’s fantastic, what a moment for me. Without you this wouldn’t be possible. So from the bottom fo my heart I have to say thank you. Keep going like that!

‘I will share my life with you, all the things with you because you deserve it. So thank you very much. Let’s do it for more 100 million, 200 million – thank you guys!’

Ronaldo, who has also played for Real Madrid, Juventus and Sporting Lisbon in a stunning 20-year career, is 92 million followers ahead of the second most-followed person on Instagram, US model and TV personality Kylie Jenner. 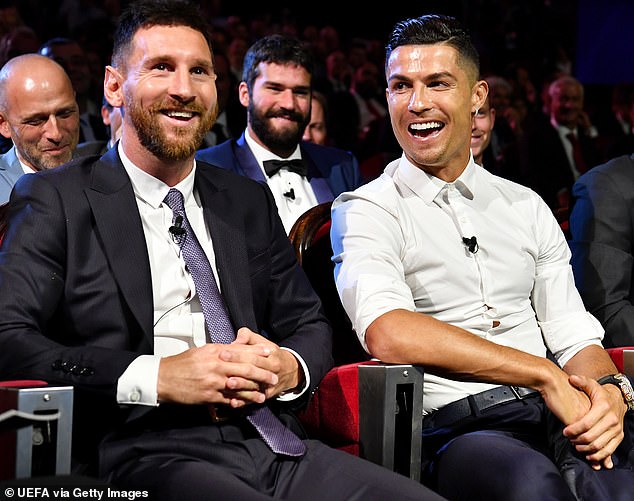 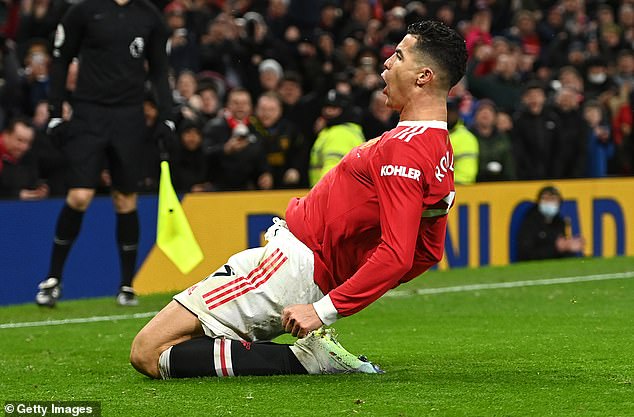 Presumably much to Ronaldo’s satisfaction too, he is 96 million followers ahead of third place on the list: long-term Ballon d’Or rival Lionel Messi.

Ronaldo was in action for United on Sunday but did not score in the 4-2 victory against Leeds, after breaking his goalscoring drought last week against Brighton.

The five-time Champions League winner will be targeting further glory in the competition this season, as United face Atletico Madrid in the last-16 on Wednesday night.