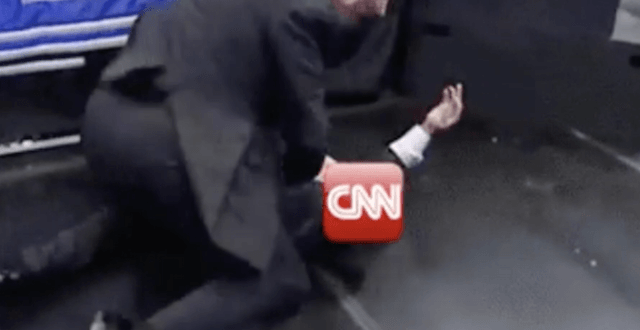 A Creator Of Trump-CNN Clip Apologises

A Reddit user who claimed credit for creating the doctored video in which US President Donald Trump physically assaults a man whose head is replaced with the CNN logo apologized on Tuesday, saying the video was “a prank, nothing more.”

“The meme was created purely as satire, it was not meant to be a call to violence against CNN or any other news affiliation,” user HanAssholeSolo said in a 700-word post on the US-based news-sharing and discussion website.

The user claimed credit for making an initial version of the video.

“I had no idea anyone would take it and put sound to it and then have it put up on the President’s Twitter feed,” the user said.

The user also apologized other for other posts “that were racist, bigoted, and anti-semitic.”

A post shared in recent days on social media believed to be from the same user showed a collection of CNN personality photos, each highlighted with the Star of David, with the words, “Something strange about CNN…can’t quite put my finger on it.”

“I am in no way this kind of person, I love and accept people of all walks of life and have done so for my entire life,” the user wrote in the apology note, saying the actions were “trolling … to get a reaction.”

The Reddit user asked others who troll to “consider your words and actions” and said he or she would no longer post “hurtful or hateful things in jest online,” with the apology note to be the “last post from this account.”