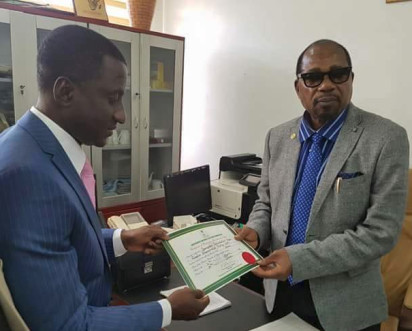 The ongoing tension in God’s Own State, Thursday, took another dramatic turn, as a High Court sitting in Osisioma, Abia State, issued an injunction restraining the Independent National Electoral Commission (INEC) from issuing a certificate of return to Uchechukwu Ogah who was declared governor by an FCT High Court on Wednesday.

The Court also restrained the Chief Judge of Abia State from swearing him in while ordering status quo to be maintained until pending the determination of motion on notice.

This came as INEC advanced reasons for its decision to issue a Certificate of Return to Mr Uche Ogah who came second at the last PDP governorship primaries in Abia State.

INEC National Commissioner in charge of the South East, Amb. Lawrence Nwuruku said the commission only kowtowed to the lawful order of a court.

However, responding, Governor Okezie Ikpeazu, who had filed an appeal against the ruling expressed shock at the hurry at which INEC issued a certificate of return to his rival.

Ikpeazu had in a statement on earlier on Thursday, urged the people of the state to remain calm and law abiding despite the issuance of Certificate of Return to Mr. Uche Ogah.