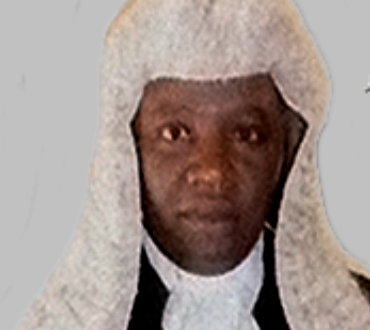 The scheduled arraignment of Justice Mohammed Yunusa before the Lagos State High Court in Ikeja was stalled on Wednesday due to administrative hiccups at the court.

The Economic and Financial Crimes Commission filed five corruption charges against the judge.

Among others, the anti-graft agency accused the judge of engaging in constant private and confidential communications with a Senior Advocate of Nigeria, Mr. Rickey Tarfa, who was handling three lawsuits marked FHC/L/CS/714/2015, FHC/L/CS/715/2015 and FHC/L/CS/716/2015 before him.

It also accused the judge of collecting N1.5m from the SAN for the purpose of giving judgments favourable to the SAN’s law firm.

The Lagos State High Court had served hearing notices on the prosecution and the defence to appear before Justice Mojisola Dada for the hearing of the case.

On getting to the court, however, it was discovered that the case was not listed for hearing on Wednesday.

The registrars informed the parties that the case file had been returned to the administrative judge and advised the parties to follow up at the main court’s registry.

Consequently, Justice Yunusa, who was in court with his lawyer, left.

It was learnt that the case had first been assigned to Justice Oluwatoyin Ipaye of the same court before the case file was withdrawn and later transferred to Justice Dada.

In the charges, Justice Yunusa, who has been suspended by the National Judicial Council, was accused of attempting to pervert the course of justice, contrary to Section 97(3) of the Criminal Law of Lagos State, No. 11, 2011.

Charged alongside Justice Yunusa was one Esther Agbo, who works in the law firm of Rickey Tarfa & Co.

The judge was also accused of receiving financial benefits in the sum of N750,000 from Mr. Joseph Nwobike (SAN) between March and September 2015.

The EFCC claimed that the judge received the money so that he could give decisions in favour of the SAN in his cases.