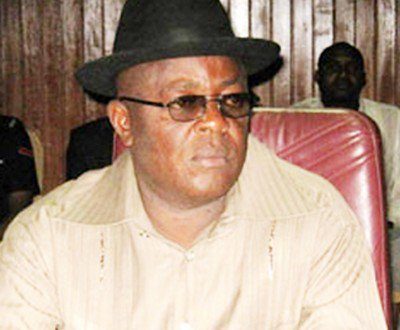 Ebonyi State governor, Dave Umahi, and his deputy, Eric Igwe, have been sacked by a Federal High Court in Abuja for defecting to the All Progressives Congress.

Umahi and Igwe defected to the ruling APC in 2020. They were elected to their positions as candidates of the People’s Democratic Party.

Justice Inyang Ekwo, in a judgement, on Tuesday, their defection was unconstitutional.

The court, in a judgement that was delivered by Justice Inyang Ekwo, held that the total number of 393, 042 votes governor Umahi secured during the March 9, 2019 governorship election in Ebonyi state, belonged to the PDP and same could not be legally transferred to the APC.

According to the court, having defected to the APC, both Umahi and his deputy, not only jettisoned the PDP, but also the votes that belonged to it.