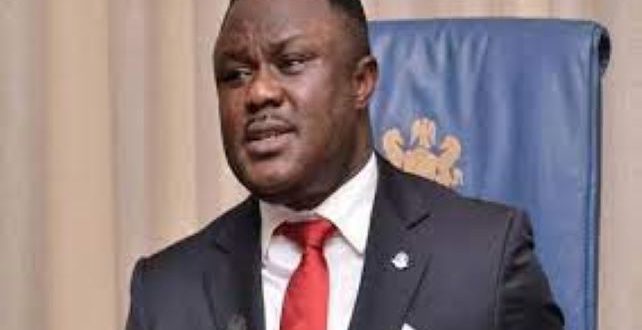 The Federal High Court sitting in Abuja has sacked 20 members of the Cross River State House of Assembly who defected from the Peoples Democratic Party to the All Progressive Congress.

In a judgement delivered by Justice Taiwo Taiwo, on Monday, the court held that the lawmakers needed to vacate their seats since they had abandoned the party which brought them to power.

The judgement followed a suit filed by the PDP marked FHC/ABJ/CS/975/2021.

The sacked lawmakers consist of two federal lawmakers and 18 members of the Cross River State House of Assembly.

The court held that the Defendants, having decamped from the political party that sponsored their election before the expiration of the period for which they were elected, “have by virtue of the provisions of section 68(1) (g) and section 109 (1) (g) of the Constitution of the Federal Republic of Nigeria 1999 (as amended) respectively, vacated their seats and are not entitled to continue to occupy the various seats or offices into which they were elected”.

It issued an order, restraining the Defendants from further parading themselves as House of Reps members or members of the Cross To State House of Assembly.

More so, the court, granted an order of injunction restraining the Independent National Electoral Commission, INEC, Speaker of the House of Reps, as well as Clerks of both the National Assembly and the Cross River State House of Assembly, by themselves or by their servants, agents or privies, from according to recognition to the sacked lawmakers, or in any manner, accept or relate with them as House of Reps members or members of the State Assembly.

It equally made an order of mandatory injunction compelling INEC to accept from the PDP, the list of its candidates for the purpose of filling the vacancy created by the exit of the lawmakers.

PDP had in an affidavit it filed before the court, averred that it sponsored and canvassed for votes that led to the victory of the Defendants in the House of Reps and Cross River State House of Assembly elections that held on February 23 and March 9, 2019, respectively.

It told the court that following the death of the member that hitherto represented Obudu state constituency, a by-election was held on December 5, 2020, where the 25th Defendant (Hon. Akwaji) was also elected on its platform.

Meanwhile, counsel to the Defendants, Chief Mike Ozekhome, SAN, said his clients would appeal the judgement.