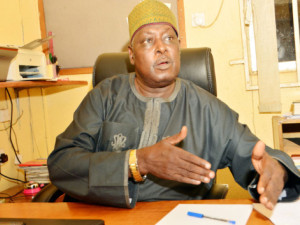 The trial of former Secretary to the Government of the Federation SGF Babachir Lawal by the Economic and Financial Crimes Commission EFCC on alleged contract scam suffered a setback on Thursday in Abuja with the rejection of forensic report and exhibits sought to be tendered against him by EFCC.

The ex-SGF is being prosecuted for alleged N544M contract scam along with five others.

A High Court of the Federal Capital Territory rejected the forensic report and other exhibits sought to be admitted against Babachir Lawal to establish corruption in the N544 million contract scam trial.

The documents which were in three categories were thrown away by the court on the ground that conditions for their admissibility were not met by EFCC.

Ruling in an application argued by Chief Akin Olujimi SAN, on behalf of the former SGF, Justice Charles Agbaza held that the forensic report and other computer generated documents violated the provisions of the Evidence Act, 2004.

The Judge held that both EFCC and the defendants did not dispute the fact that the documents were generated through a computer but however said that Section 84 of the Evidence Act, which relates to the admission of such documents were not complied with by EFCC.

Among others, Justice Agbaza said that certificate of compliance was not provided as required by law before such exhibits could be accepted while the oral evidence of a prosecution witness, Mrs. Fatima Umar, did not conform with the provision of the law on how the information obtained from an iPhone of a private person was generated.

The Judge further held that the evidence of the witness fell short of Section 82 of the Evidence Act, while he agreed that under Section 102 of the same Act the uncertified documents formed public documents having been prepared by EFCC as a public body.

He subsequently marked the exhibits as rejected and threw them out. The case was thereafter adjourned till July 8, 2021,  the continuation of the trial of the former SGF.

The former SGF had in April asked the court to reject computer generated documents sought by the EFCC to be tendered as exhibits against him in the N544M contract fraud trial.

Babachir Lawal had told the court that the forensic laboratory report generated from the computer was not admissible in law because they were not in their original form and not certified as required by law.

The EFCC through its counsel Mr. Ofem Uket had sought to tender a forensic laboratory report obtained from print out of iPhone belonging to one Musa Bulani to establish the money laundering charges filed against the former SGF and five others.

But counsel to Babachir Lawal, Chief Akin Olujimi SAN had raised objections against the admission of the documents on the ground that their sources ran foul of sections 84 and 256 of the Evidence Act 2014.

He had argued that the printed hardcopy obtained from the Compact Disc is not the original source but the iPhone. Olujimi had argued further that the extraction was not marked as a Certified True Copy (CTC) adding that EFCC hacked into someone’s phone and came up with what it found and sought to tender it without following due process of law.

The prosecution counsel had in a counter, argued otherwise and insisted that there was no need to issue a certificate, stressing that a witness has testified in court and has presented original documents. With the outright rejection of the sensitive exhibits, EFCC will now play reliance on oral evidence of its witnesses in the prosecutor of the former SGF.

The former SGF is facing a 10-count charge EFCC filed against him but however pleaded not guilty. The charge borders on diversion of funds, criminal conspiracy, and official corruption.