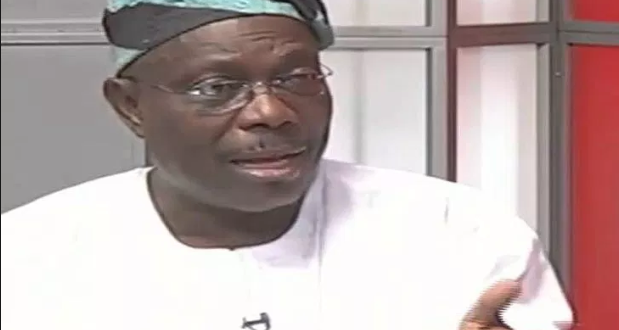 An Ikeja High Court has dismissed the murder charge filed against the Chairman of the Lagos State Chapter of the PDP, Moshood Salvador.

Salvador was remanded in the Kirikiri Prisons following his arraignment at a Yaba Chief Magistrates’ Court. The party chairman and 10 others were arraigned on a two-count charge of conspiracy and unlawful killing of Adeniyi Aborishade, the PDP Chairman of the Apapa Local Government Area (LGA) on July 21st. Aborishade was allegedly murdered during a party meeting held at Igbosuku Village, Eti-Osa LGA.

During today’s proceedings, the vacation judge, Justice Obafemi Adamson dismissed  charge after entertaining submissions from counsels in a counter suit challenging the charge filed by Salvador against the state.

The presiding judge said that in view of the advice from the office of the Directorate of Public Prosecution (DPP,) which exonerated the PDP Chairman from the murder charge, Salvador should be released from the Kirikiri Prison.

Previous SARAKI, THE JOURNEY MAN! From Minna To Ota….Where Next?
Next FCAI Investigates Alleged Gay Lecturer Outed By Students