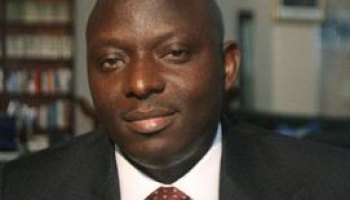 The Federal High Court in Lagos on Monday dismissed a no-case submission filed by a former Director General of the Nigerian Maritime Administration and Safety Agency, Patrick Akpobolokemi, and five others in response to the N2.6bn fraud charges pressed against them by the Federal Government.

In a ruling on Monday, Justice Ibrahim Buba held that the Economic and Financial Crimes Commission had established a prima facie case against Akpobolokemi and his co-defendants to warrant their entering their defence.

The judge, thus, dismissed their no-case submissions for lacking in merit.

He adjourned till October 30 for the defendants to open their defence.

The EFCC had on December 4, 2015 arraigned Akpobolokemi alongside five others for allegedly diverting N2.6bn from the coffers of NIMASA between December 2013, and May 2015.

The funds, the anti-graft agency claimed, were approved by ex-President Goodluck Jonathan for the implementation of a security project, tagged, “International Ship and Ports Security Code in Nigeria Ports.”

But the defendants pleaded not guilty to the 22 charges pressed against them following with the prosecution opened its case during which it called a total of 12 witnesses and tendered 77 exhibits in a bid to prove the allegations.

Upon the closure of the prosecution’s case, however, rather than open their defence, the defendants, through their lawyers, filed no-case submissions, contending that the prosecution failed to establish a prima facie case against them to warrant them entering any defence.

Arguing Akpobolokemi’s no-case submission on October 6, 2017, Nwobike contended that the EFCC failed to link his client with the alleged diversion of funds from NIMASA, pointing out that his signature to such effect was never shown to the court.

He said his client could not be liable because of ex-President Jonathan, and not Akpobolokemi, approved the security project and the money disbursed.

Nwobike also described the evidence given against his client by the EFCC investigator as mere hearsay, which had no legal weight before the court.

He, therefore, urged “My Lord to come to the irresistible conclusion, from the evidence of the prosecution, that the first defendant cannot be called upon to enter any defence,” because no prima facie case had been established against him.

But in swift opposition, the prosecuting counsel for the EFCC, Mr Rotimi Oyedepo, maintained that the testimonies of the 12 witnesses called and the 77 exhibits tendered had successfully linked Akpobolokemi to the alleged fraud.

He argued that being the head and chief accounting officer of NIMASA at the time of the alleged fraud, Akpobolokemi could, by any stretch of the imagination, claim to be innocent.

He said though it was ex-President Jonathan who approved the security project and sanctioned the disbursement of the funds, Akpobolokemi was the head of NIMASA who constituted a committee to handle the project and also approved funds for the activities of the committee.

He said the prosecution had established that rather than the intended purpose for which Jonathan approved the funds, the funds were illegally converted to the defendants’ personal use.

Counsel for the second defendant, Mr. Edoka Onyeke, argued that there was a mismatch between the offence his client was accused of committing and the section of the law under which he was charged, saying the court, in the circumstance, could not but dismiss the case and free his client.

But Oyedepo maintained that Agaba was properly charged, adding that even if there was an error, it could not be a basis to discharge him.

The other defence counsel, Mr. Seni Adio (SAN) and Ige Asemudara, similarly urged the court to hold that the prosecution failed to link their clients to the alleged crime and urged the judge to discharge them.

In the 22 charges, the EFCC, among other things, alleged that the defendants, “induced the Federal Government to approve and deliver to NIMASA the sum of N795,200,000 under the false pretence that the sum represented the cost for the implementation of the International Ship and Ports Security Code in Nigeria Ports.”

This alleged offence is said to contravene Section 8 (a) of the Advance Fee Fraud and Other Fraud Related Offences Act, 2006 and punishable under Section 1 (3) of the Act.