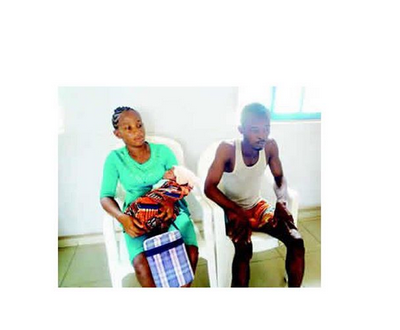 A couple – Ifeanyi, 35, and Emmaculata Elijah, 30 – both indigenes of Amakpu- Umuba, Abia State, but residents of Irete, Imo State, have been arrested for allegedly selling their daughter, Chinecherem, for N400,000, a few hours after delivery.


Other suspects said to have been involved in the crime are Grace Mezu, 55; Fedalia Ariri, 55; and Amarachi Obiekwe, 49.

The Police Public Relations Officer, Andrew Enwerem, said the couple conspired on January 26, 2018, a few hours after giving birth to the girl and sold her to Obiekwe, through Mezu and Ariri.

Enwerem, who disclosed that the couple had given birth to seven children, said the whereabouts of two were still unknown. The newborn baby was recovered on February 17 in Lagos State.