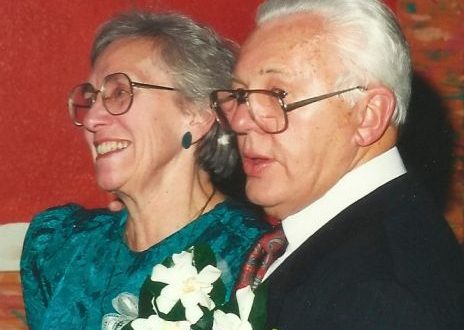 William Bauer, 97, and Ruth Bauer, 92, longtime New Hyde Park residents who lived at a Glen Cove assisted living facility, died within hours of each other on Jan. 23, 2017, after 70 years of marriage. Photo Credit: Marie Bauer

The children of Ruth and William Bauer tell Newsday (http://nwsdy.li/2k6RhhI ) that their 92-year-old mother died around 7 a.m. Monday in Glen Cove. The family says 97-year-old William passed away 11 hours later.

The causes of their deaths weren’t provided.

The New York City natives and longtime New Hyde Park residents met in the early 1940s at a bank where they both worked. They married in 1946 after William Bauer returned from serving with the Navy in the Pacific during World War II.

A funeral service for the couple is scheduled Friday morning at a New Hyde Park church. Their survivors include their three children and five grandchildren.

Ruth Bauer was sharp and intense, a lover of books, theater and a good argument.

In contrast, her husband, William Bauer, was relaxed, cheerful and laid back — not particularly talkative, but still a devoted hospital volunteer, even into his 90s.

“They were two halves of a whole,” said their daughter, Marie Bauer, 64, of Asheville, North Carolina. “They supported each other and didn’t like to be apart.”

After 70 years of marriage, the longtime New Hyde Park residents both died Monday at their assisted living residence in Glen Cove. He was 97, she was 92.

She died at about 7 a.m., and her husband followed 11 hours later as their eldest son, Charles, 66, of Wantagh, held his hand.

“They died together at 97 and 92 — there are worse ways to go,” said their younger son, Tom Bauer. “If one had died and the other stayed it would have been very difficult for them.”

He said he believed his father “was staying around to help my mother,” whose memory and eyesight had declined over the last decade.

“He was worried about what would happen when he was gone,” said the 60-year-old Sea Cliff resident. “If you met someone who knew him, there were two things they’d tell you: ‘He’s a nice man, and boy, he’s taking good care of your mother.’ ”

before his 92nd birthday, Bill Bauer was among 10 nonagenarian volunteers honored by St. Francis Hospital. A hospital volunteer at that point for 29 years, he said then of his twice-weekly stints: “I do filing, and sometimes I’ll take a new patient to their room . . . I try to make them relax as much as possible. People are very nice, and people are very appreciative.”

Bill Bauer also was an active member of the Veterans of Foreign Wars and a fervent Mets fan who coached and managed Merillon Little League teams.

“His team didn’t win a lot,” recalled his son Tom. “He’d play everybody, and if a kid wasn’t that good he’d play him anyway. It was about enjoying the game and not worrying that much about winning the game.”

Bill Bauer was born May 27, 1919 to William and Mary Bauer — a night watchman and a cleaning lady — and was raised on Staten Island.

A World War II Navy veteran who served in the Pacific theater, he later attended what is now Pace University in Manhattan. He spent most of his career at the Newmont Mining Co. in Manhattan, retiring as purchasing manager after more than 35 years there.

Ruth Bauer was born May 18, 1924, and was raised in Jamaica, Queens. Her parents, Karl and Josephine Donner, owned a bakery. She graduated from Dominican Commercial High School, now closed, in Jamaica. When their three children were teenagers, she resumed her education and, in her 50s, received a bachelor’s degree in library science from Queens College and a master’s degree in library science from what is now LIU Post.

The couple met before World War II while they both worked in a bank. They married in 1946, moving to New Hyde Park a few years later.

In addition to their three children, they are survived by five grandchildren and an extended family. Bill Bauer also is survived by his sister, Lois Ebner of Staten Island.

Visiting hours for the couple will take place at Thomas F. Dalton Funeral Home, 125 Hillside Ave. in New Hyde Park, on Thursday from 2 to 5 p.m. and 7 to 9 p.m. A funeral is scheduled for 9:15 a.m. Friday at the Notre Dame Roman Catholic Church in New Hyde Park, with interment to follow at Long Island National Cemetery in Pinelawn. 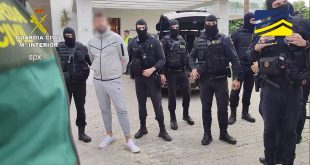