A man and woman have been found locked in a loving embrace for 3,000 years in a grave in Ukraine, and archaeologists believe the woman willingly chose to be buried alive in order to accompany her husband to the next world.

Autopsy experts say it would not be possible to place the woman’s body in such a loving position if she was already dead before being buried with the man. The experts say it is likely the woman chose to die and be buried with her husband. They believe she may have drunk poison as she climbed into the grave and embraced her recently dead partner. 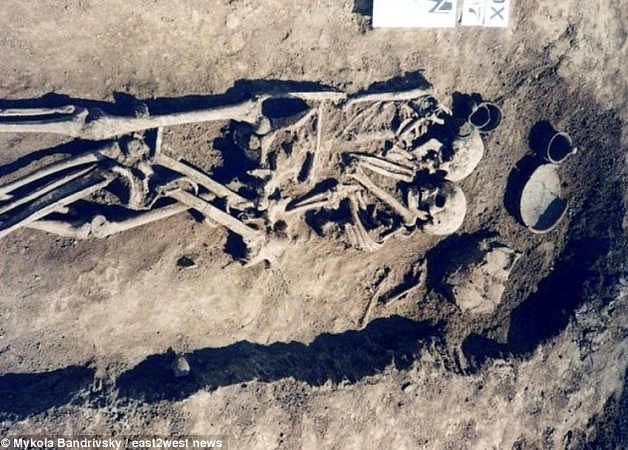 The pair, from the prehistoric Vysotskaya – or Wysocko – Culture were found near Petrykiv village, south of the city of Ternopil in western Ukraine. 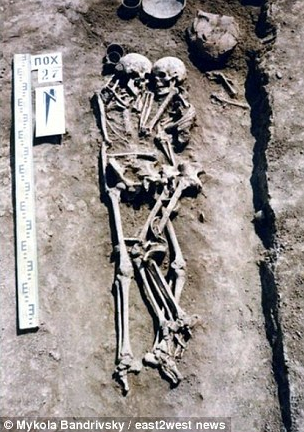 It is a unique burial, a man and a woman lying there, hugging each other tight.

Both faces were gazing at each other, their foreheads were touching.

The woman was lying on her back, with her right arm she was tenderly hugging the man, her wrist lying on his right shoulder.

The legs of the woman were bent at the knees – lying on the top of the men’s stretched legs.

Both the dead humans were clad in bronze decorations, and near the heads was placed some pottery items – a bowl, a jar and three bailers. 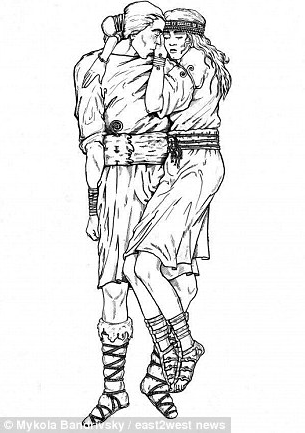 Dr Bandrovsky, who has carried out an analysis of such burials, added:

From our point of view, this women did it voluntarily.

Maybe, the woman did not want to live with some other man, and get used to some new way of life.

So she preferred to pass away with her husband.

We suppose such a decision was dictated only by her own desire, and her attempt to stay with her beloved one. 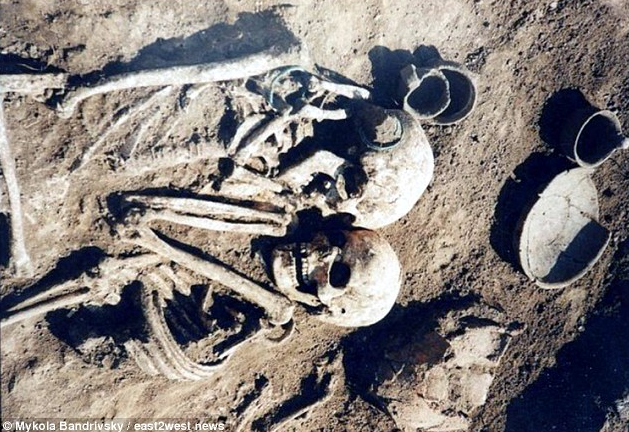