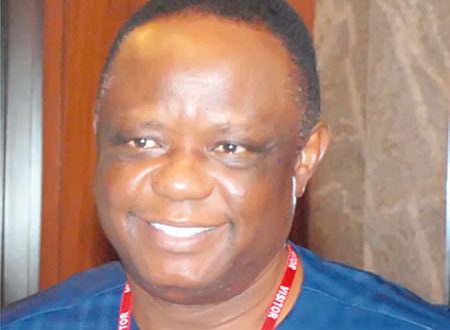 Billionaire businessman, Captain Hosa Okunbo has distanced himself from any business dealings with former minister of petroleum resources, Diezani Allison-Madueke.

Okunbo was reacting to allegations doing the rounds in the media about his purported business dealings with the former minister, especially in respect of the controversial offshore processing agreements (OPAs) popularly known as oil swap involving the former minister and her cronies.

The former minister had been under investigations since the outset of the President Muhammadu Buhari administration in 2015 as the US Department of Justice listed her and two other businessmen, Kola Aluko and Jide Omokore, as persons of interest in a civil complaint filed at a District Court in Houston, Texas.

The civil complaint detailed how the duo laundered millions of dollars on her behalf which were used in buying a property in the U.S. and the UK in return for oil contracts.

There were reports that more names involved in the multi-billion dollar deal would be revealed as investigations continued.

However, some media houses reported names of prominent Nigerians purportedly involved in the deal, including that of Capt. Hosa Okunbo.

But refuting the allegations, Okunbo said, “All the co-travellers of Diezani are either in exile or in court with her. I have never written a statement in the EFCC or any anti-corruption agency to date.

“If, indeed, I was with Dieziani, will I still be doing business in the NNPC where I am a champion for service delivery?”

He traced the root of the misinformation to a report published by an online news medium in 2015, to which he said he similarly issued rebuttal.

“If, indeed, I was with Dieziani, will I still be doing business in the NNPC where I am a champion for service delivery?”

He traced the root of the misinformation to a report published by an online news medium in 2015, to which he said he similarly issued rebuttal.

“I had believed that the media would end such malicious reports but sheer laziness and unprofessionalism on the side of some bloggers have sustained the misrepresentation of the contract that formed the basis for the first publication,” he stated.

According to him, the falsehood was being assisted with the ubiquity and freedom of social media and that it had become increasingly clear that maintaining silence further would be misconstrued for consent.

Okunbo averred that neither any of his business entities nor himself had ever been engaged “in any deal requiring lifting the tiniest drop of oil, crude or refined. I am not a trader; I have never submitted nor participated in any “Oil Swap” deal, neither do I own a company trading in any petroleum products.”

He further stated: “In my over four decades in business, spanning engineering and technology, energy, integrated service in the petroleum sector, maritime, security, agriculture and others, integrity has been my guiding principle and a core value with which I have been able to earn trust and confidence of companies and corporations of global repute.

“I have never stood before any administrative, judicial or legislative panels to answer any questions related to any shady deal.

“I have conducted my businesses with utmost openness, honesty and integrity. I am not oblivious of the fact that not a few people look up to me as a role model; the least I can do is to exhibit exemplary leadership quality to this group of young Nigerians, many of whom interact with me on a regular basis.”

He challenged anyone, whether in the NNPC, the media or anywhere else, to come forward with any evidence that could puncture his assertions.

“I implore cowards and mischief makers who are quick to broadcast unverified Whatsapp messages and the Nigerian media to be thorough, fair and objective in their journalistic responsibility,” he stated. 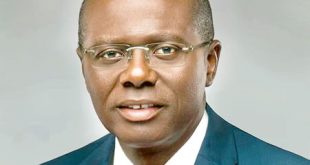 Spread the loveLagos State Government has revoked the 2018 land use charge.