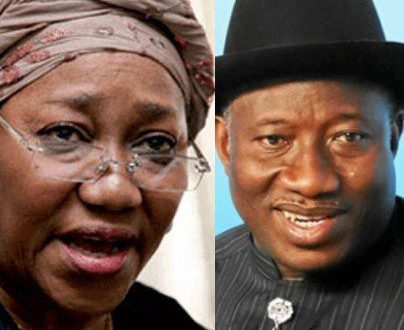 Former President, Goodluck Jonathan, has reacted to a recent allegation leveled against his administration by a former chairman of EFCC, Farida Waziri.

The former EFCC boss at a recent event, told newsmen that the former president’s administration terminated her appointment because she refused to back down from investigating a key culprit in the fuel subsidy scam that had links to the presidency.

‘If I see President Jonathan today, I will kneel down to thank him for the honor done me by removing me as the EFCC Chairman at the time he did. My first strong premonition of what was ahead was when I began the probe of the monumental oil subsidy fraud going on then. I came to Lagos on a vital intelligence on the subsidy scam and as soon as I arrested a key culprit I got a call from the Presidential Villa asking me to release the suspect, because, in their words, ‘he is our person’, but I refused to let him off and days after I was removed from office,” Waziri was quoted to have said

The former President took to his Twitter handle this morning to react to her claim. According to him, she should mention the name of the person or company if she isn’t lying. See his tweet below