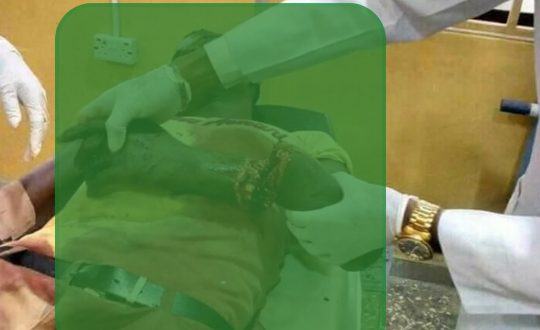 The Bayelsa State Police Command has confirmed the arrest of three persons for their alleged involvement in the attack on a Corpers’ Lodge in Sagbama area of the state, during which the suspects allegedly severed a corps member’s hand.

Confirming the arrest, the Police Public Relations Officer, Bayelsa State Command, Mr. Asinim Butswat, however, said a fourth suspect had yet to be arrested. 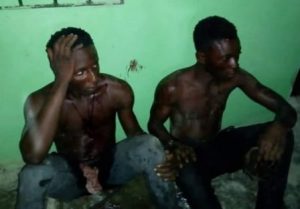 Suspected cult members had, on Sunday, allegedly attacked a Corpers’ Lodge at Angalabiri community of Sagbama, severing the hand of a corps member identified as Luntis Julius, from Taraba State, with a machete.

Also stolen from the Corpers’ Lodge during the attack at about 2.30am were a laptop and two mobile phones belonging to the victim.

“Most of the Corpers’ Lodges are at the mercy of armed hoodlums and thieves.

“Sometimes, female corps members are harrassed on a daily basis, ” the corp member had said.

Giving insight into the arrest of the three suspects, Butswat, a Deputy Superintendent of Police, said the suspects’ apprehension was made possible by the indigenes of the community who were shocked by the dastardly act.

He gave the name of the arrested suspects as Mosan Youdougha, 22; Godswill Vincent, 21; saying that the third suspect had yet to be handed over to the Police.

Butswat said further investigation was ongoing to arrest the fourth suspect involved in the attack.

Butswat said, “At about 12pm on Monday, the Police, with the help of youths of Angalabiri community, arrested two persons involved in the attack and robbery of some persons at the Corpers’ Lodge in the area.

“The third person has not yet been turned in by the residents. Efforts are on to arrest the fourth suspect.”