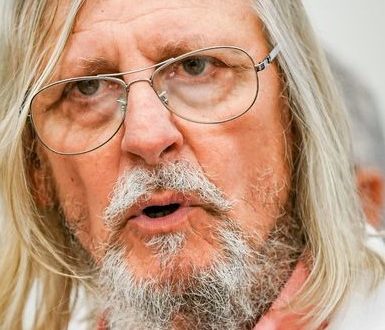 The drug, typically used for malaria, resulted in 75% of coronavirus patients no longer carrying the virus after six days of treatment in a recent clinical trial

A French scientist says he has found an effective treatment for coronavirus with “spectacular results” claiming “we know how to cure the illness”.

The treatment, Plaquenil, is believed to be based on chloroquine, a drug normally used to treat malaria.

Professor Didier Raoult, who initiated the project, pitted two groups of 12 coronavirus patients against each other in the tests.

The first group of 12 patients received the treatment and the second was a control group.

Raoult, said the results are encouraging, explaining: “We were able to observe that 90% of the patients who had not received Plaquenil were still carriers after six days, whereas when you used Plaquenil, after six days, there are only 25% of carriers left.”

Didier Raoult has claimed his “spectacular” results after having done tests on 24 patients show that “we know how to cure the illness”.

“There is a clinical trial on 24 patients that has been carried out and that gives really promising results. And in agreement with professor Raoult, the Ministry of Health wanted us to be able to extend this clinical trial.

“It will be extended but, in another hospital, with a team independent from that of professor Raoult in order to scientifically ensure that it works for a much larger number of patients because 24 patients is a fairly low number.”

Ndiaye went on: “We are not rushing to pharmacies to buy chloroquine now, because, when we take too much, we can have consequences. And because we don’t have scientific proof today that it works.

“We have a promising start for the clinical trial carried out in Marseille, we are extending it because the scientific discipline wants an experience, to be valid, to be duplicated several times in order to be able to say that it works or that it does not work.”

The use of chloroquine against the coronavirus was reportedly criticised a few weeks ago but now seems to interest scientists again.

Epidemiologist Alexandre Bleibtreu at the Pitie-Salpetriere Hospital who had initially criticised the chloroquine treatment appears to have changed his mind.

He said: “I got wind of results that made me change my mind. It’s not the treatment that seems the most obvious. It worked in vitro but we didn’t have any in vivo data.

“The goal isn’t to be right, it’s to make our patients better.”

He goes on to say: “We’re going to start Plaquenil therapy with our COVID+ facility at Pitie. I love humour and criticising dogma. So I apply it to myself.

“I think I was wrong enough to become a ‘Chloroquinist’ of ‘Raoultian’ descent.

“Thank you, St Didier, for having opened the way for us, we’re only fools. On this point in any case and if the data is confirmed.”

Alexandre Bleibtreu reports that the treatment has been at the Pitie-Salpetriere Hospital since Friday 13th March, on about 50 patients.

Professor Raoult has appealed to scientists to ask them to carry out a lot of tests, saying that countries smaller than France have done more tests.

Reports say chloroquine is already regularly used to fight malaria and is an inexpensive treatment.

Other tests will be carried out at Lille Hospital to confirm the results of Professor Raoult’s team.