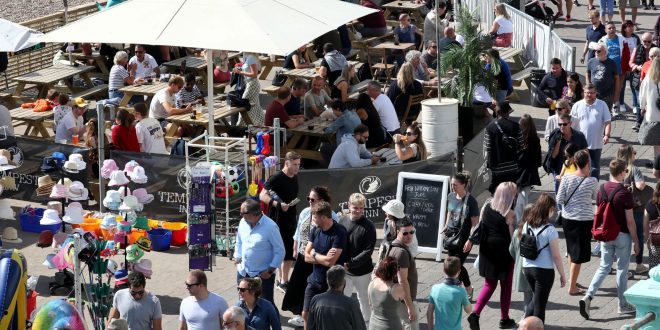 The head of the British Police Federation warns of the “real risk” of people organising large gatherings ahead of stricter COVID-19 rules.

A teenager has been fined £10,000 after hosting 50 people at his home – as a senior police figure warned the public against having a “party weekend” before stricter coronavirus restrictions come into force.

Nottinghamshire Police said it had issued the hefty fine to a “reckless” 19-year-old man who staged the house party at his home in Lenton on Friday evening.

Forces have the power to fine people £10,000 for organising illegal gatherings of more than 30 people, with stricter rules banning groups of more than six people set to be introduced from Monday.

Assistant Chief Constable Steve Cooper said the party was a “clear example of a householder who deliberately flouted the rules without a care for anyone else”.

He added: “I want to send out a clear message to anyone who is thinking of deliberately hosting parties tonight or tomorrow night ahead of the rules changing to please not do this.

“As we have demonstrated here we are not afraid to use the full powers we have and we will not tolerate those who are deliberately put other people’s lives in danger.”

Nottinghamshire Police said it was called to the party after the organiser was hostile towards community protection officers who had initially attended the property.