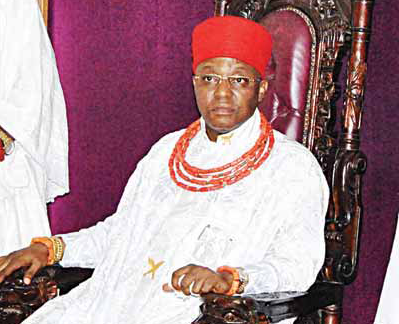 Confirmed: Coronation of Oba of Benin shifted to Oct. 20

The Benin Traditional Council on Wednesday announced Oct. 20, as the new date for the coronation of the Crown Prince of Benin Kingdom, Prince Eheneden Erediauwa.

It would be recalled that ionigeria.com had exclusively reported that the coronation was moved forward due to the change of date for the governorship election from September 10 to September 28.

Prof. Gregory Akenzua, Chairman of the Coronation Planning Committee, made the announcement at a news conference at the Oba’s palace in Benin.

According to Akenzua, who is the Enogie of Evbuobanosa/Abudu, the date for the coronation has been changed from Sept. 26 to Oct. 20, 2016.

“The change of date is sequel to the announcement by the Independent National Electoral Commission [INEC] that they have changed the date of the Edo Gubernatorial election which was originally Sept. 10 to Sept. 28, 2016.

“As a result of this change, Benin Crown Prince will now depart finally from Uselu palace for Eko-Ohae on Oct. 8, 2016.

“And he will perform some important ceremonies connected with coronation everyday for seven to 10 days prior to the day of his final departure from Uselu,” he said.

Akenzua said that the ban on the use of coral beads by those entitled to use it, would be lifted once Edaiken N’Uselu leaves Uselu palace for Eko-Ohae.

He said the current use of the traditional ”Omo N’Orhue”, the White Beads, would be discontinued.

Akenzua further announced that burial ceremonies have been prohibited throughout the period of the coronation process.