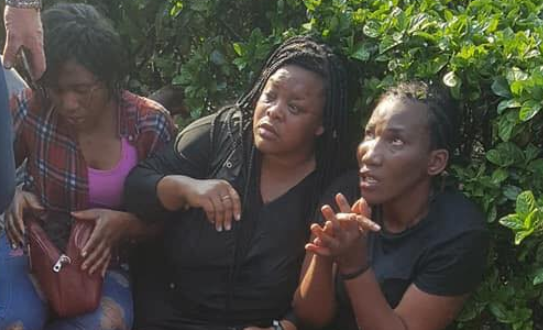 Members of Ibughubu community in Umuchu town, Aguata Local Government area of Anambra State are now under siege and live in fear following the operations of a gang of teenage robbers in the area.

According to reports, the members of the gang had been causing havoc in the area as they constantly broke into apartments in Ibughubu community carting away properties and money unabated.

The teenagers between 13 and 16 years may have warned them that they were not ready to change their ways and the community can never stop them from stealing valuables.

It was gathered that the gang had been arrested several times and detained at the police station. But whenever they were granted bail, they went back to stealing in the community in more daring manner. It was gathered that shops, market stalls and homes were broken into and looted almost on daily basis and the parents of the teenagers had given up and lived in frustration.

The police were also said to have become helpless and allowed them to operate without putting up any measures in place to stop them because of the ages of the suspects who had dropped out of school to become full time robbers.
The members of the community on their part were said to have also become tired and helpless as they do not know how to handle the situation because of the age of the suspects.

The chairman of the community, Chief Raph Njirika, confirmed the activities of the suspects and expressed their frustration in dealing with the situation because the suspects were capitalizing on their ages to cause mayhem in the community. He said that the vigilante group had arrested them severally and handed them over to the police but after some time they will be released and will continue their criminal activities in the area.

Some of the residents decried the activities of the teenage robbers and said that they were known in the community as they mockingly and brazenly stole properties knowing that nothing will happen to them.

One of the Umuchu residents revealed that the suspects were very crafty and knows when to strike and they usually succeeded in their operations.

The resident revealed that they usually targeted the homes to strike when people had gone to the market and also attacked the shops and market stalls at night when the people had gone home despite the presence of the security men on duty.

People in the community have been wondering how and when they learned those criminal skills and expressed fear that they may become hardened criminals and terrorise Umuchu the more if they have access to weapons.

The members of the community are appealing to the Commissioner of Police, Area Commander, the entire Police Force and other security agencies to come to their aid in order to save the situation before it will get out of hand and become a threat to the entire state.