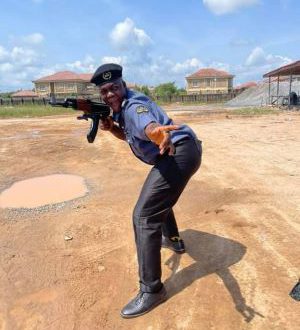 Popular Nigerian comedian Cute Abiola is not missing but in custody, the Navy has said.

The reason for his detention is unknown, his lawyer was reported as saying. 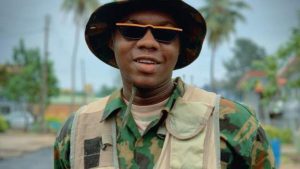 Social media users are speculating that a skit the comedian shared on Instagram wearing a navy uniform, carrying an AK-47 rifle and a bottle of alcohol, to depict trigger-happy military personnel could have landed him in trouble.

In a statement, the Nigerian Navy said the comedian, who is a navy officer, is being held for “breaching the Armed Forces Social Media Policy and refusal to obey particular orders”.

The policy is in place to protect their personal safety and security, as well as the information integrity of the activities of the Armed Forces in Nigeria, the statement said.