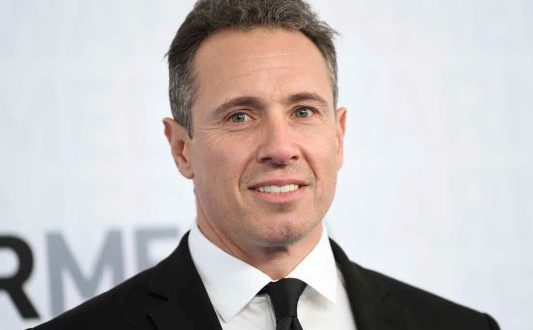 The star CNN anchor Chris Cuomo was suspended indefinitely by the network on Tuesday after new details emerged about his efforts to assist his brother, Andrew M. Cuomo, the former governor of New York, as he faced a cascade of sexual harassment accusations that led to the governor’s resignation.

Chris Cuomo had previously apologized for advising Andrew Cuomo’s senior political aides — a breach of traditional barriers between journalists and lawmakers — but thousands of pages of evidence released on Monday by the New York attorney general, Letitia James, revealed that the anchor’s role had been more intimate and involved than previously known.

“The documents, which we were not privy to before their public release, raise serious questions,” CNN said in a statement on Tuesday.

“When Chris admitted to us that he had offered advice to his brother’s staff, he broke our rules and we acknowledged that publicly,” the network said. “But we also appreciated the unique position he was in and understood his need to put family first and job second. However, these documents point to a greater level of involvement in his brother’s efforts than we previously knew.

“As a result, we have suspended Chris indefinitely, pending further evaluation,” the network said.

In scores of emails and text messages between the television host and his brother’s inner circle, Chris Cuomo repeatedly offered advice — “Please let me help with the prep,” he texted a senior aide in March — and made efforts to track down the status of pending articles at other news outlets, including Politico and The New Yorker, that concerned allegations of sexual harassment by Andrew Cuomo.

At one point, Andrew Cuomo’s former top aide, Melissa DeRosa, asked the anchor if he could check his “sources” about a rumor that Politico was working on an article that included additional accusations. “On it,” Chris Cuomo responded.

His entanglement with the last 18 months of his brother’s governorship has proved a slow-moving headache for CNN, which had stood by its top-rated anchor even as a drip of uncomfortable revelations raised questions about the network’s adherence to journalistic standards.

Jeff Zucker, CNN’s president, supported Mr. Cuomo for months, declining to discipline him even after reports showed that the anchor had participated in strategy sessions with his brother’s political team, a breach of basic reportorial conduct.

But this week presented a harsher set of facts for Mr. Zucker as he weighed the fate of his 9 p.m. host

Ms. James’s report included a text from Mr. Cuomo to Ms. DeRosa sent a few days after a woman, Anna Ruch, told The New York Times that Andrew Cuomo had made an unwanted advance toward her at a wedding in New York City. “I have a lead on the wedding girl,” the anchor wrote in the text

Chris Cuomo later told investigators that he had heard from a friend that “maybe she had been put up to it,” referring to Ms. Ruch’s allegation. He said that Andrew Cuomo’s aides had disabused him of that notion and that he had set his friend’s claim aside. “So that’s that,” he said.

Anderson Cooper, the usual 8 p.m. anchor on CNN, will extend his broadcast for two hours on Tuesday to take over the hour previously occupied by “Cuomo Prime Time.”

CNN’s top executives were forced to make a judgment call on Mr. Cuomo’s fate just as they were convening for a meeting on the news network’s own corporate future.

David Zaslav, the chief executive of Discovery, who masterminded a deal this year to merge with CNN’s parent company, WarnerMedia, visited CNN’s Hudson Yards offices in Midtown Manhattan on Tuesday, three people with knowledge of the meeting said.

The gathering was intended as a get-to-know-you session with Mr. Zaslav, who has been conducting similar meetings with executives throughout WarnerMedia, the media and entertainment company owned by AT&T since 2018. About a dozen of CNN’s top managers attended, including senior personnel from the network’s Washington and Atlanta offices, two of the people said.

Chris Cuomo joined CNN in 2013, when Mr. Zucker hired him away from ABC News and installed him as the host of “New Day,” a morning show. Mr. Cuomo received criticism for his coverage of his brother when he interviewed him on the air in December that year. In 2018, Mr. Zucker moved him to the 9 p.m. slot, and his abrasive style and critical commentary concerning President Donald J. Trump helped make him a prime time ratings hit.

Charles Igbinidu is a Public Relations practitioner in Lagos, Nigeria
@https://twitter.com/ionigeria
Previous Cristiano Ronaldo’s bodyguards under investigation on suspicion of working illegally
Next Biden administration is considering forcing all travelers returning to the US to quarantine for SEVEN DAYS