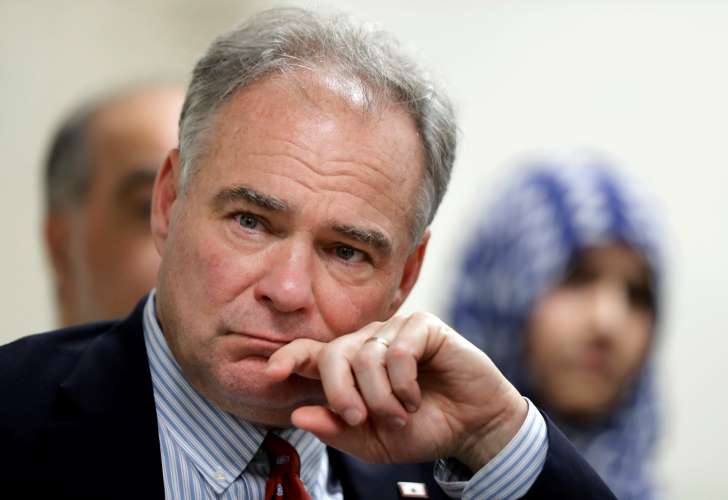 As Clinton chooses Kaine as running mate, Trump tells Americans not to give Obama a 3rd term

In a text message to supporters, the presumptive Democratic nominee said, “I’m thrilled to tell you this first: I’ve chosen Sen. Tim Kaine as my running mate.”

Kaine himself tweeted, “I’m honored to be her running mate.” The two will make their first appearance together as a ticket Saturday at a rally in Miami.

Clinton called Kaine by phone around 7:30 p.m. Friday to offer him the job, and he accepted, according to a campaign aide. She then called President Barack Obama to inform him of the decision.

Kaine, 58, had long been a favorite for Clinton’s ticket. Active in the Senate on foreign relations and military affairs, he built a reputation for working across the aisle as Virginia’s governor and as mayor of Richmond. He’s also fluent in Spanish, making him a valuable asset in Spanish-language media as the campaign appeals to Hispanic Americans turned off by Trump’s harsh rhetoric about immigrants.

Clinton weighed two finalists: Kaine and Agriculture Secretary Tom Vilsack, a longtime friend of the candidate and former President Bill Clinton. Kaine’s strong ties to politically important Virginia, as well as his foreign policy experience, put him over the top, according to a person close to the campaign, who insisted on anonymity because the person was not authorized to discuss the process publicly.

Kaine and Vilsack each had friends and allies lobbying the Clinton campaign on their behalf. But Kaine had a particularly powerful backer: Obama, who told the campaign during the selection process that the senator would be a strong choose.

Trump, in a text to his own supporters, said Obama, Hillary and Kaine were “the ultimate insiders” and implored voters to not “let Obama have a 3rd term.”