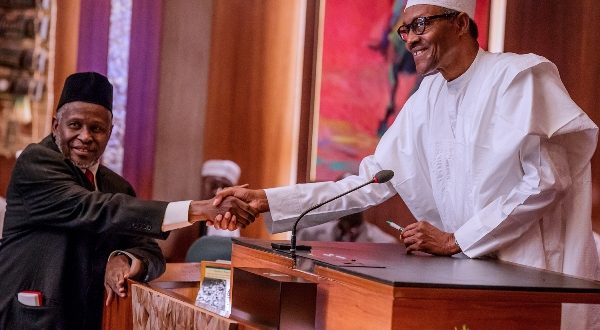 Onnoghen is currently facing charges bordering on non-declaration of some of his assets, especially accounts of foreign currencies.

65-year-old Justice Muhammad, from Bauchi state, is the most senior justice of Supreme Court of Nigeria.

He attended Government Secondary School, Azare where he obtained the West Africa School Certificate in 1973 before he proceeded to Ahmadu Bello University where he received a bachelor’s degree in Law in 1980.

He later obtained a Master and Doctorate (Ph. D) degrees from the same university in 1984 and 1998 respectively.