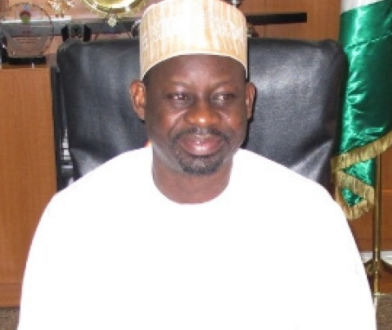 A civil servant in the Gombe state, Abubakar Adamu, has been remanded in prison for allegedly insulting the state governor Ibrahim Hassan Dankwambo and his mother.

The 35-year-old named Abubakar Adamu, who works with the state Ministry of Higher Education, was sued by one Inuwa Dattijo aka DJ Maitaya of the State Agency for Social Services, who alleged that the accused sent him an audio clip containing insults on the governor and his mother.

According to Daily Trust, the police First Information Report (FIR), read to the accused person in court, said Adamu had on September 9 forwarded the abuse-laden audio clip to the phone of DJ Maitaya, claiming to have received it from an unknown person.

However, the police prosecutor, Inspector Habibu Danjuma, told the court that when the accused was asked to name the purported sender of the message, he failed to give a satisfactory account of the said information.

The accused was charged with one-count charge of fabricating false evidence, an offense that contravened Section 156 of the Penal Code Law, Inspector Danjuma said. He pleaded not guilty. In view of his plea, presiding judge, Chief Magistrate Japhet Maida, ordered the accused to be remanded in prison custody.

The case has been adjourned to September 26th.